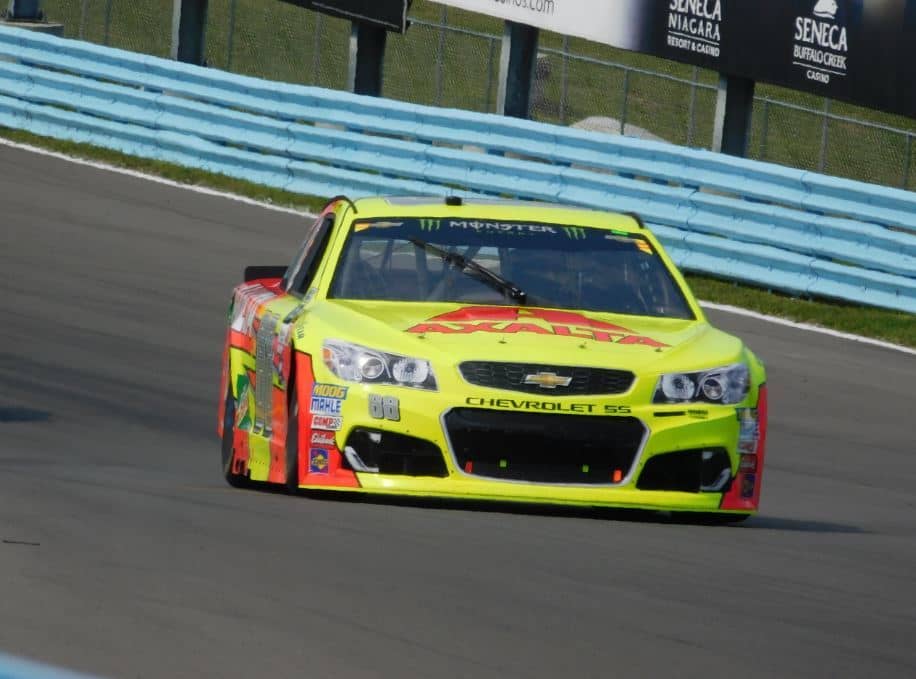 The bad luck for Dale Earnhardt Jr. in his farewell season just won’t turn around.

Bringing his No. 88 AXALTA Chevrolet to the garage after 22 in the I Love New York 355 due to an internal issue, he was unable to rejoin the race, finishing 36th in his final scheduled road course race of his Monster Energy NASCAR Cup Series career.

“It was a problem with the valve train […] a push rod through the valve cover,” Earnhardt Jr. told NBCSN upon exiting his Hendrick Motorsports machine. “We can’t fix it, but its been a really difficult week. We’ve been way down on speed. We had a pretty good car at Sonoma, so I was kind of looking forward to coming here.

“The guys worked really hard. We changed this car inside and out twice this weekend. And we had made it better. We were kind of hanging in there. I thought we had a shot at maybe a top 20 at best. We showed up we were maybe four seconds off.

Earnhardt Jr. was running inside the top 25 when he reported issues behind the wheel at the end of Stage 1. He brought his car to the garage during the stage break, and shortly after, the team deemed the car unfixable.

“I don’t know, it’s been a little frustrating this weekend,” the 14-time most popular driver explained. “This doesn’t make it much better. I sure have enjoyed racing here. Really appreciate the fans here, the track, the staff. They’ve treated us so good every time we’ve been here. So it’s been a blessing.”

Earnhardt Jr. and co. will look to turn around their luck next weekend at Michigan International Speedway, where he earned two victories in 2008 and 2012. He still needs a win in order to qualify for the playoffs.

Team debrief for the @AxaltaRacing team in the garage after their day ended early @WGI. pic.twitter.com/goGRQwSyJH

This story reads like the thousands we’ve read about Danica’s so-called bad racing luck where some mediocre running position at the time is played up.
“Earnhardt Jr. was running inside the top 25 when he reported issues behind the wheel at the end of Stage 1”

On a positive note, Dale Jr’s workday next year will consist of more than 22 laps.

The TV coverage didn’t even announce he was in the garage until many laps later. I think JR is more of a favorite to come in the last five spots than the first five spots anymore.