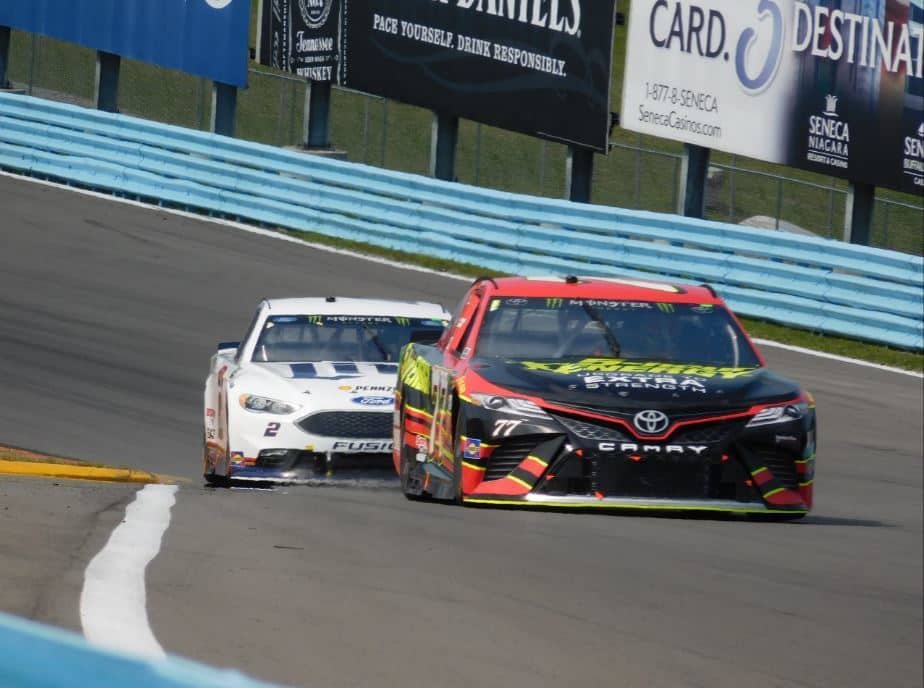 Coming into the 2017 season, everyone knew Erik Jones would have speed, especially competing with Furniture Row Racing. However, the road road courses at Sonoma Raceway and Watkins Glen International could be a different story.

A month-and-a-half ago at Sonoma, Jones crashed in the opening practice, forcing the No. 77 team to pull put the backup car. That race, the 21-year-old finished 25th, after qualifying 30th.

With the second road course race on the schedule, it granted Jones the opportunity to rebound from one of his worst weekends of the season, and he did just that, putting the No. 77 car into the second round of qualifying, posting the sixth quickest time of the session.

In the opening 20-lap stage, Jones remained among the top five until five laps to go when Brad Keselowski passed the No. 77 car. On the proceeding lap, Jones overshot the bus stop chicane, having to come to a complete stop or else he would have been penalized by NASCAR.

That allowed for first-race crew chief James Small to call Jones to pit road. Small was subbing for primary crew chief Chris Gayle after getting suspended following the event last weekend at Pocono Raceway for having a rear suspension violation.

Jones finished the first stage in the high 20s, but in enabled him to stay out the entire length of the second stage, finishing fifth, earning six stage points.

The rookie driver felt that spending time studying tape and coming to test at Watkins Glen helped him for this event.

“I still don’t think I know how,” Jones said post-race in terms of competing on road courses. “Just the preparation this week on my end, on the teams end. We just wanted to get me in a position to be a little bit better prepared for the weekend in general. I feel like I learned a lot just being in the simulator and studying and just felt better prepared overall.”

In the final stage, Jones was among the drivers stretching the fuel mileage to the finish, rounding out the top 10 on the leader board. The No. 77 car backed down so much that both Kyle Busch and Ryan Blaney, who both pitted in the final laps got back by him.

The 10th-place finish was Jones’ seventh top-10 result of the season, backing up his eighth place effort last weekend at Pocono. Overall, the Rookie of the Year contender believes this is one of his best weekends of the season.

“I thought we definitely had a good racecar after qualifying well, which is a welcoming surprise on a road course,” he said. “It’s something we can be proud of and it’s a big improvement from Sonoma. It’s something to work off of.”

As the series heads to Michigan International Speedway, Jones’ home track, he placed 13th in his inaugural Cup Series race at the venue. That came on the heels of a career-best third-place effort, also at Pocono.

Going to school and learning your lessons does work kids!