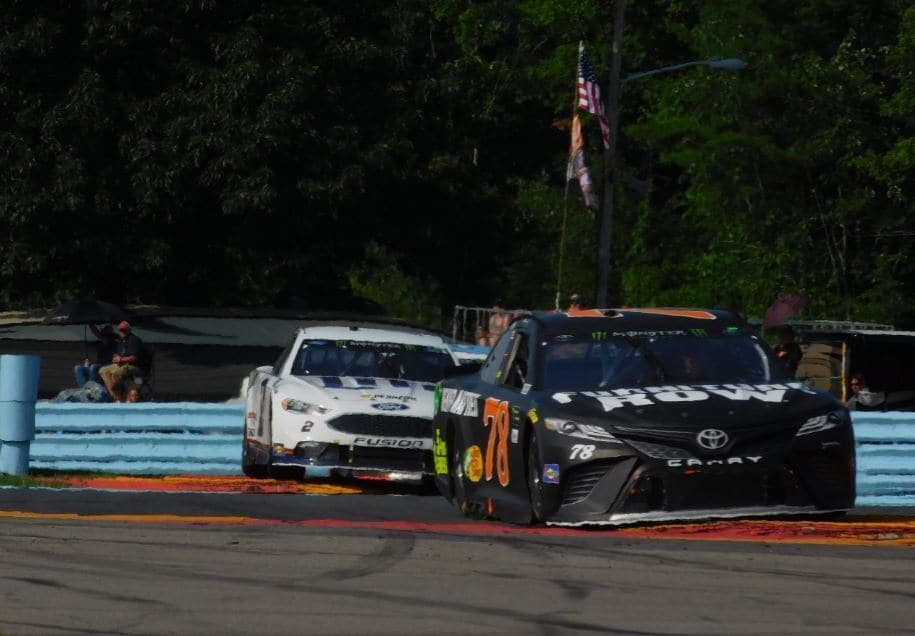 For the second straight year, Martin Truex Jr. was the talk of the town in the final lap at Watkins Glen International.

With last year’s race ending with Truex spinning in the final corner from second spot, 2017 gave Truex a race victory, as he held off Matt Kenseth in a dramatic fuel game to the end.

“That’s so stressful to just let guys go by for the lead,” Truex said. “I’ve got so much trust in Cole [Pearn, crew chief]. Based on our lap times, he knew what we needed to do. Hats off to him. This is a special place.”

The win, his fourth of 2017, stands as his first at The Glen and second on a road course.

“I’ve been wanting to win here for a long time,” he said. “I started coming here before I raced anything besides go-karts. Coming here as a kid running through the garage, then racing in the Busch North Series. Than I got my big break. Feels very special to win here.”

Kenseth was unable to get to Truex’s bumper, settling for a disappointing yet upbeat second-place finish.

“Martin had a very fast car, deserved to win the race,” Kenseth said. “I felt pretty good on where we were on fuel, but Martin had such a big lead. He was able to slow up as much as I did. We were both saving pretty good. He even missed Turn 6 to try and give it to me but I couldn’t get close enough to take advantage.”

“That was fun,” Suarez said. “It means a lot… some good points. I think it’ll take more than points to make the playoffs. If we keep doing what we’re doing right now, if we’re running top five, we can win every weekend. We’re becoming more consistent.”

In the early stages, pole-sitter Kyle Busch was the man out front, leading 21 laps in his No. 18 Toyota. With pit strategy shuffling the field in all three stages, it was contact with Brad Keselowski that ended Busch’s chances at victory.

Spinning through the bus stop chicane, the two continued, with Busch finishing seventh while Keselowski came home 15th, pitting from the lead with five laps to go.

Denny Hamlin started from the rear and rebounded to fourth with Clint Bowyer the top five. Bowyer said it was a tough call to make in the final laps in desperation mode on fuel, but isn’t looking at the playoffs.

“You’re damned if you do, damned if you don’t,” Bowyer said. “We’ve come a long ways, we’re still in this thing. If we don’t make it into this damn playoffs, I don’t care. I want to win a race.”