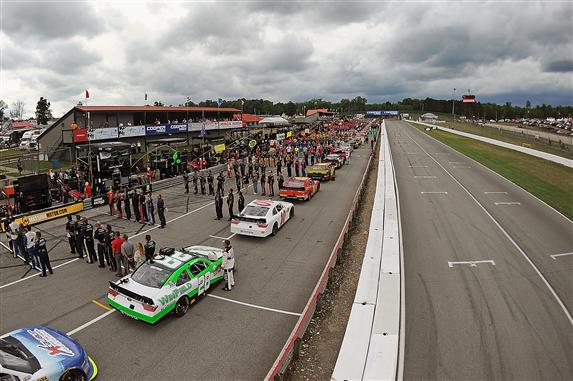 The NASCAR XFINITY Series heads West this weekend from Watkins Glen International to Mid-Ohio Sports Car Course for the second of three road course events in the month of August.

There are 42 cars on the preliminary entry list, and zero Monster Energy NASCAR Cup regulars in the field, as they will be racing at Michigan International Speedway this weekend.

Some notable changes include Ben Kennedy and Scott Lagasse Jr. driving the No. 2 and No. 3 Chevrolets, respectively, for Richard Childress Racing.  Kennedy and Lagasse replace Cup regulars Paul Menard and Ty Dillon.

Joe Gibbs Racing will have some new faces in Regan Smith and James “JD” Davison making their season debuts, replacing Kyle Busch and Erik Jones. Smith, the 2015 winner at Mid-Ohio, will drive the No. 18 Toyota while Davison will drive the No. 20. Davison, who has raced in the Verizon IndyCar Series, IMSA WeatherTech SportsCar Championship and Pirelli World Challenge this year, will be making his second career XFINITY Series start.  The previous one came at Road America in 2015, where he finished 19th for DGR Motorsports.

Anthony Kumpen, who is currently competing in the NASCAR Euro Series, will wheel the No. 46.  Kumpen replaces Quin Houff.

The defending race winner of the event, Justin Marks, is back with Chip Ganassi Racing. It will be Marks’ first NASCAR event of this season, as he returns to the No. 42 that he found Victory Lane in last season at the road course in Ohio.

Also, there is a jumbling of drivers at JD Motorsports.  Sheldon Creed will make his XFINITY Series debut in the No. 01 this weekend.  As a result, Harrison Rhodes moves to the No. 0.  Garrett Smithley, who usually pilots that vehicle, will run the No. 15 for the team this weekend.

Finally, Obiaka Racing is scheduled to make their return to the garage for the first time since Texas in April.  They have entered the No. 77 Chevrolet for Gregory Vandersluis.  If Vandersluis can get in on speed, he will make his XFINITY Series debut.

The green flag for the Mid-Ohio Challenge is scheduled to fly at approximately 3:48 p.m. ET. Television coverage can be found on NBCSN.