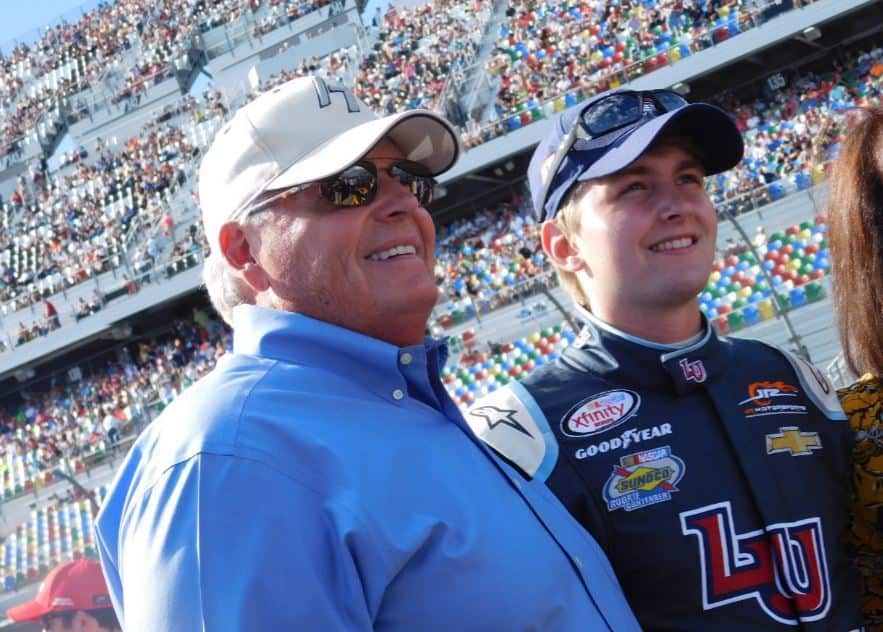 The rumor mill is ringing non-stop. Push notifications won’t stop spamming iPhones and Androids with NASCAR rumors over the past month.

With a plethora of changes coming to the Monster Energy NASCAR Cup Series lineup next year, the summer months are heating up, and it’s not because of global warming.

As sponsorship continues to rule NASCAR, dictating who will have a job and who will not, teams are turning to younger, cheaper options. Corporations are now able to spend less for more races with some of the sport’s bigger teams, just like Axalta upping its sponsorship with Alex Bowman and the No. 88 squad next year.

Replacing veteran talent with the “young guns,” some of whom NASCAR is truly invested in for the immediate future, is the newest trend hitting the garage area.

While some drivers who have showcased plenty of talent are moving up to the Cup level, earning top rides, others are stuck watching on the sidelines. Even with the lowered salary for teams to pay these drivers, the amount it takes to sponsor a Cup team is still ridiculously high, and that is preventing drivers like Darrell Wallace Jr. from securing a deal.

But when a young guy like William Byron has a firm dedicated to helping him grow, one that will lead him to the Cup level with a team that wants to see him succeed, that’s when the push notifications are being sent out.

Have a question for next week’s NASCAR Mailbox? Tweet me at @JosephNASCAR or shoot me an email at Joseph.Wolkin@gmail.com

Q: It looks like William Byron will be racing in the Monster Energy NASCAR Cup Series next year. Is he ready? – Kristen R. Columbus, Ohio

A: This decision is not an easy one for Hendrick Motorsports to make. The team should have learned when Brian Vickers got the call to make the jump to the Cup Series after winning the 2003 XFINITY Series title. He struggled for several years to adjust to Cup competition.

Byron, 19, is still inexperienced. Three wins through 20 XFINITY Series contests is stellar, and that shouldn’t be questioned. What should be questioned, however, is the need to rush him to the top tier.

Does he really need to go to the Cup Series next year? No. There is nothing wrong with waiting another year like Chase Elliott did after winning the XFINITY Series championship. Though he hasn’t won in Cup yet, his consistency and work ethic continue to show he will be a winner sooner rather than later.

That’s after two full seasons of competing in the second-tier division. Byron only has just over a half-year’s worth of experience in the XFINITY Series. Is that enough for Hendrick Motorsports to say he’s ready? Probably, and that’s because he is not only beating his JR Motorsports teammates, but he’s beating Cup drivers in Cup equipment, too.

Byron had a month’s worth of inconsistent, mediocre finishes from Bristol Motor Speedway until Charlotte Motor Speedway in the spring. Ever since, he’s tearing up the XFINITY Series, giving longtime backer Liberty University extra incentive to help bring him to the Cup level.

Even if Byron is ready for Cup, what if he struggles? What if Hendrick Motorsports has another Vickers on its hands? Didn’t anyone learn from rushing Casey Atwood, one of NASCAR’s top prospects in the early 2000s, to the Cup Series?

The situation surrounding Byron is quite similar to the likes of Joey Logano and Kyle Larson, who were ridiculed for starting their Cup careers after limited experience. If Byron follows the footsteps of Logano, HMS could lose him within a few years, with the potential of being fed up after not running well when everyone surrounding him hyped him up.

But at the same time, Byron has the possibility to be like Larson, if not even better. With HMS equipment being as spectacular as it is, the young gun could be in a prime position to duplicate Elliott’s results.

This situation can go one of two ways for Byron: Either he will have respectable results, or he will struggle mightily. Once again, there is no harm in running another full year in the XFINITY Series.

If he feels he’s learned everything he can in the division, good luck to him, because he’s going to get bored with NASCAR really quickly should he have the same success at the Cup level.

Q: Darrell Wallace Jr. is returning to the Truck Series this weekend. How important is it for him to have a good run? – Rick L. Forth Worth, Texas

A: There is no good reason that Wallace does not have a full-time ride right now. He was running quite well in the XFINITY Series this year, earning seven top 10s in 12 races, and he ran exceptionally well in the Cup Series for Richard Petty Motorsports while filling in for an injured Aric Almirola.

Wallace has been watching from pit road since finishing 11th at Kentucky Speedway in the No. 43 car, one of the team’s best runs in 2017. After a few off-weeks, the Alabama native is back, but in a bit of a different role.

The 23-year-old will be returning to the Camping World Truck Series, competing for MDM Motorsports at Michigan International Speedway this weekend. When he hits the track, it will be the first time he’s raced a truck since taking home the trophy at Homestead-Miami Speedway in November 2014 for Kyle Busch Motorsports.

Yeah, it’s been a while.

That race at Homestead is the last time Wallace earned a NASCAR triumph.

When Joe Gibbs Racing didn’t have sponsorship or space for Wallace to move up, he departed for Roush Fenway Racing. As he entered the Ford camp, the sponsorship dollars didn’t come like they should have. While Wallace believes he had winning cars, his No. 6 machine failed to get the job done, earning six top fives with a goose egg in the win column.

But after Wallace proved what he can do in lesser equipment in the XFINITY Series, he got a shot at competing for a mid-level Cup team.

With three top 20s, including a pair of top 15s, it is clear that he is ready for the Cup Series.

This weekend’s Truck Series contest is incredibly important for him. He’s working with several companies that are new to him, ones he can impress should he run up front. MDM Motorsports has three top fives and five top 10s in 10 races this year, including a runner-up finish by Brandon Jones at Kentucky, so there is no reason why Wallace can’t go out and perform well.

Should Wallace run well at Michigan, this could be the next step he needs in order to securing a sponsor to make the jump to the Cup Series in 2018.

So Cup sponsors are realizing they can get more bang for their buck with young drivers. When will this trickle down to the Xfinity series so the Cup teams and drivers won’t come and overwhelm the ‘regular’ competitors?

he’s with hendrick cause he is cheap. they don’t have to pay him like they would a cupper that’s looking for a ride. he’s very young though. johnson will be old man in stable next year with that organization. i guess hendrick is looking ahead 5 years from now and hoping all his young drivers contend like gordon and johnson did in their primes. guess it helps is you can pull sponsorship from xfinity over to cup. i guess nationwide is on the 88 since axalta is going to the 5?

makes me wonder how long is johnson’s contract period for?

wonder who hendrick will put into jr motorsports next year in xfinity to groom.

shame bubba hasn’t been tapped. hopefully stewart will put him in 10 if they can get sponsor, or something works out with petty for him.

I bet there are a few forces at work here. Money is certainly a big one, I am sure the youngster is earning less than Kahne and sponsor dollars are hard to come by. Consider also NASCAR and there need to attract a younger audience. And also, If Hendrick doesn’t find a seat for these young talents some one else might.

He’s as ready as Joey Logano was. And all the other teenagers that were put in Cup cars. To me it’s like Olympic gold medalist gymnasts at 14 who are gone at 16.

If liberty university can afford to sponsor a cup car you would think they could pay federal taxes. Guess byron can be americas team since tax payers of the united states subsidizes his sponsor. Just a thought.

I don’t think Joey is a good comparison. He didn’t even have a full year of Xfinity experience before being thrust unexpectedly in Tony Stewart’s famous 20 car. Byron just seems to win in everything he races. I don’t expect multiple Cup wins next year, but you never know.

Jimmies contract is for 3 years as Hendrick said. The lame media had HMS taking every old driver filling the 88 and 5 seat while Rick built his future right in front of their noses. Smart business man for sure. Looks like Nascar is trying to force Petty to be their diversity team and bring a Bubba to team Petty and perhaps replace Almirola. Bubba has not won a single race in Xfinity in 3 years but nascar wants a bubba in cup. No 77 car for Matt or Kahne, can’t get a sponsor. RCR can’t find any sponsors to replace the 20 million plus that Paul took away. Now the 13 car Ty Dillon has been driving loses its chunk of Menard money. Soon Richard will only have his grandsons driving for him with no sponsors. See ya RCR in a few years.

I agree and predicted this a month ago in here.