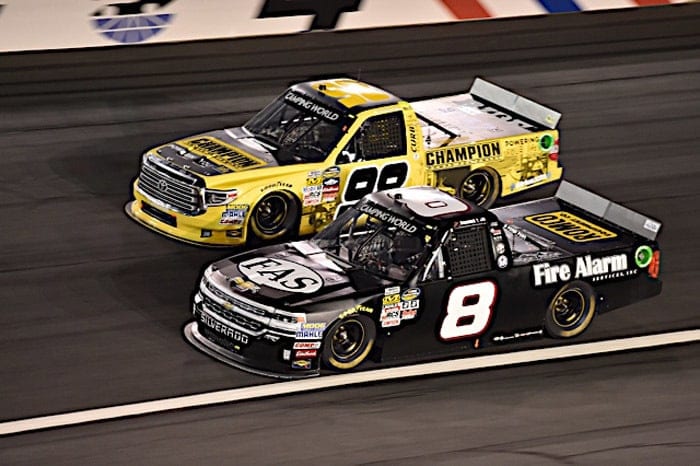 Matt Crafton was the fastest in the first session with a speed of 187.744 miles per hour.

Twenty-five of the 30 entries posted a lap in the opening session.

In final practice, John Hunter Nemechek paced the field with a speed of 186.795 mph.

Twenty-four trucks took to the track for the session, as Truex skipped the second practice for a driver appearance.

Cody Coughlin (182.676 mph) had what was believed to be an engine issue that forced the No. 13 Toyota to the garage for most of the session. The truck returned to the track once the crew figured out that the issue was that the Tundra had run out of fuel.

Qualifying for the race is scheduled for Saturday morning (Aug. 12) at 9:30 p.m./e.t. Fox Sports 1 will broadcast the event.