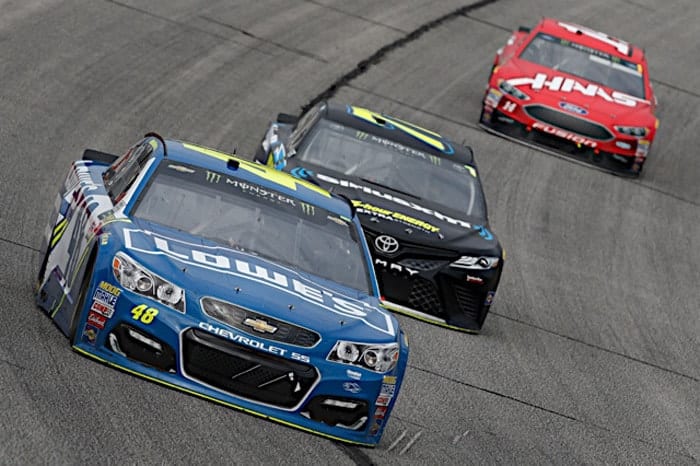 DraftKings’ daily fantasy NASCAR contest is back at Michigan International Speedway for the second time this season. The green flag is scheduled to wave at 3 p.m. ET on Sunday for the Pure Michigan 400.

Truex ran 11 practice laps Friday morning, his fastest coming on lap seven. That lap of 35.669 seconds with a speed of 201.856 mph ranked him fourth out of the 39 cars entered for the race.

He followed that run up with a surprisingly underwhelming qualifying showing. This effort marked only the second non-restrictor plate qualifying session where Truex has not advanced to the final round. He will start 13th for the race on Sunday.

In the June Michigan race, Truex finished sixth. He led a total of 62 laps and won the first two stages. He also ran 50 of the fastest laps of the race, the most of all drivers.

In the past five races at Michigan, the current series point leader’s average finish is 8.8, four spots above his starting position.

He is still a favorite to dominate, even though he is starting 13th. Truex will find his way up front and lead laps. The fact that he can add 12 points via position differential just makes him a juicier pick this Sunday.

Johnson has only started outside the top 20 at Michigan once in the past six races. In that race he started 30th and finished ninth. He also led 21 laps. In the first race at the track this season, Johnson finished 10th.

Johnson has one career win at Michigan, back in 2014, and 13 top 10s in 31 starts. Over those 31 starts, Johnson has led more laps than any other driver by more than 200 laps. His average finish of 16.2 is 10th best among active drivers with five or more starts.

Starting position goes out the window when looking the direction of the seven time series champion. In two of Johnson’s three wins this season, he started dead last. In this particular case, the 22nd starting position raises the potential of DraftKings points. Another top-10 finish would net him 12 additional points. Every additional position is just gravy.

Johnson ran the third most number of laps in Friday’s practice session, and posted the 16th fastest lap on lap 17.