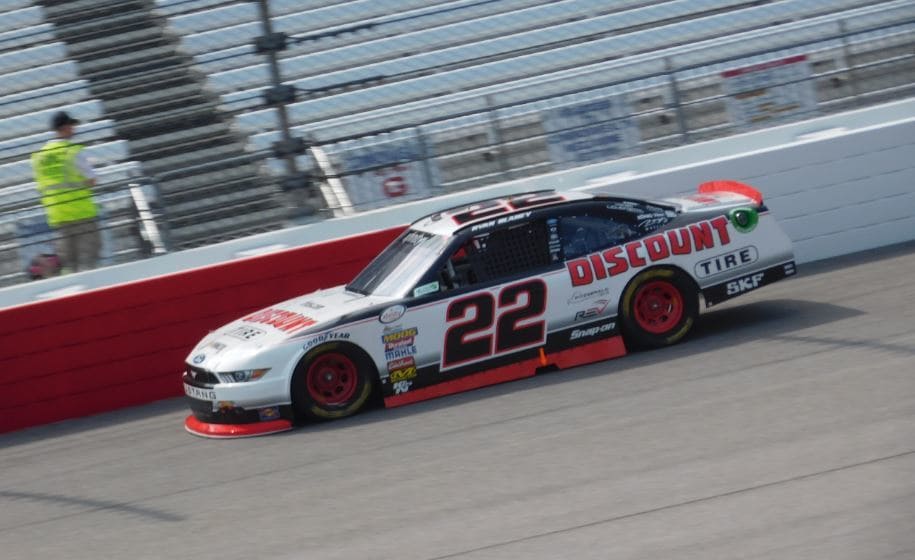 Sam Hornish Jr. was fastest in practice Saturday.  He was just getting warmed up.  In the second round of qualifying, Hornish came into his own.  With a track record lap of 83.921 seconds (96.863 mph), Hornish easily won the pole for the Mid-Ohio Challenge.

While Custer qualified ninth, he will not be starting there.  The young California native had two off-course excursions during the second round.  The first simply ruined a lap.  The second one exiting turn 1 resulted in serious damage to the nose of the car.   As a result, Custer will go to a backup car.

Custer will be joined at the back by a few other drivers.  Regan Smith, who qualified for the second round, did not turn a lap after cutting a tire late in the first round and stopping on track.  Technically, he qualified 12th, but he’ll have to go to the rear.  Andy Lally, who qualified 13th for SS-Green Light Racing, flat-spotted a tire.  Changing that sends the No. 07 to rear.

Finally, Motorsports Business Management’s Enrique Baca went wide exiting the Keyhole and ripped the splitter off of his No. 13 Toyota.  The damage to Baca’s car appears to be significant.  Baca qualified 29th, but will drop to the rear at bare minimum.

Coverage of the Mid-Ohio Challenge begins with Countdown to Green at 3 p.m. on NBCSN.  The green flag is scheduled to fly around 3:48 p.m.