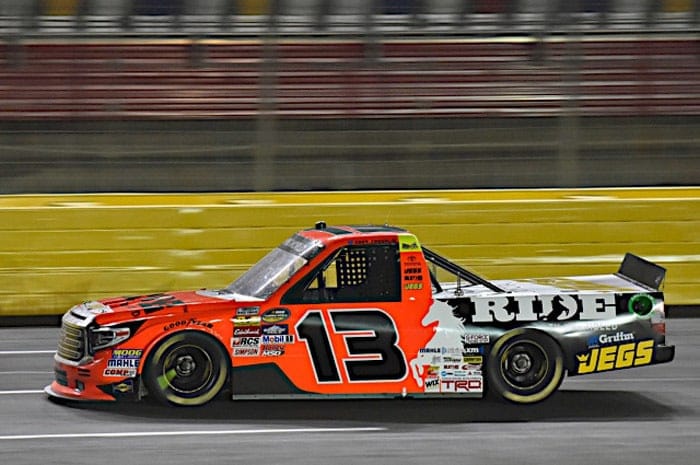 30 of the 34 teams entered posted times in the first session.  Jordan Anderson did briefly venture on track, but did not put up a time.  Norm Benning and Josh Reaume did not venture on-track at all.  Clay Greenfield blew an engine in his No. 68 before being able to set a lap time.  Luckily, the team does have a spare powerplant.

However, the time necessary for the change forced Greenfield to miss the second session as well.  When qualifying starts later today, Greenfield will have to qualify with little practice.

Rounding out the top five were Crafton (129.509mph) and Sauter (129.264 mph).   Coughlin, who led the first session was ninth fastest.  32 trucks posted times with Greenfield and Mike Senica electing to sit out.