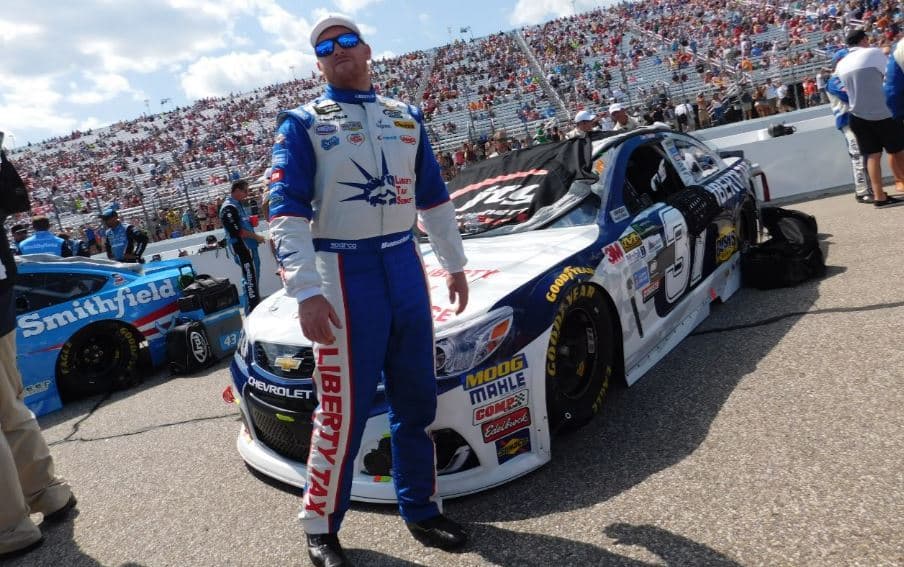 Chris Buescher, who signed on to drive JTG-Daugherty Racing’s second Monster Energy NASCAR Cup Series entry this year, will return to the organization. The Texas native has signed a multi-year extension with the team after starting the team’s second car as a teammate to AJ Allmendinger in 2017.

“I’m happy to continue driving for JTG Daugherty Racing,” Buescher said in a team release. “I can’t thank Tad, Jodi, Gordon and Brad [team owners] enough for the opportunity to join this team. We built our team from the ground up this season, and I’m really thankful to be able to continue that in the 2018 season and beyond. We have so many great partners on board, and I’m really looking forward to building upon that.”

Buescher will no longer be considered a Roush Fenway Racing driver, he said during a Friday press conference at Bristol Motor Speedway. He was on loan from the Ford team last year, competing with Front Row Motorsports, followed by his move to Chevrolet-backed JTG Daughterty Racing.

“I really appreciate everything on the Roush Fenway side and what they’ve done for me through the years,” he said during the press conference. “I’ve had a lot of fun racing over there. For simplicity’s sake and going forward, while everything goes through this time, where everything restructures and gets back in line, this is our way to be able to say that we know what we’re doing every year.”

The 2015 NASCAR XFINITY Series champion made his way to the Cup Series sporadically, working with FRM for six races in 2015 before making the full-time jump a year later.

Buescher won his first and only Cup race to date at Pocono Raceway in August 2016, taking advantage of a strategy call to stay out as fog approached the racetrack. When the event was red-flagged due to visibility issues, his No. 34 car was out front. Moments later, NASCAR officials called the race and Buescher brought home the organization’s second win.

For 2017, he made the jump to JTG, with the organization leasing Roush’s No. 16 team charter. JTG will either need to purchase that charter, lease another team’s charter or purchase one in order to receive all the benefits of the system.

Buescher has three top 10s through 23 races in 2017, including two in the past four events.

“Chris has been a great addition to the JTG Daugherty Racing family,” team owner Tad Geschickter said in a release. “We’re extremely proud of what he has accomplished this year and we’ve learned a lot from him and the No. 37 team. We’ve got some of the best brands in the business supporting us and you couldn’t ask for more. We’re truly blessed and really excited for the future with Chris in the No. 37.”