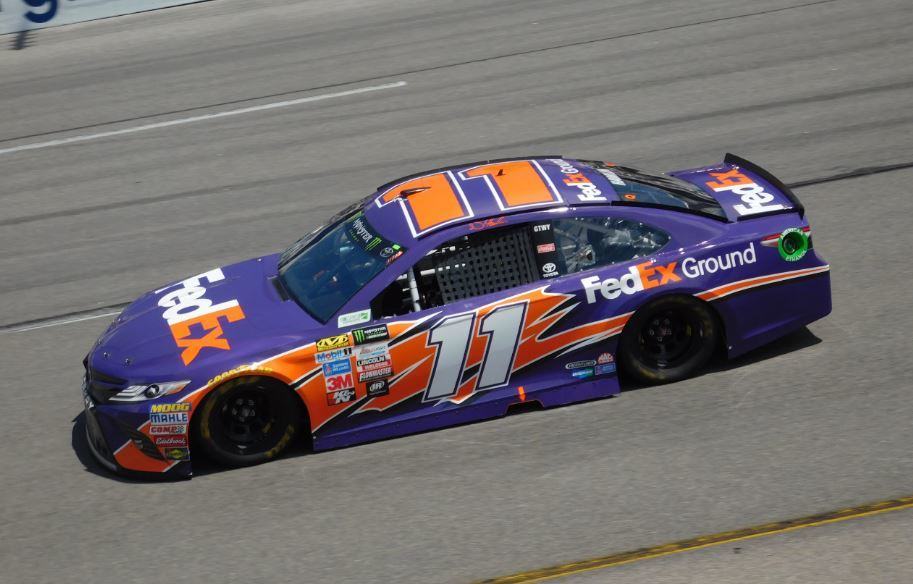 27 of the 41 drivers turned in 10-lap runs during the session.  Of those drivers, Jamie McMurray, who was 13th quickest overall, turned the fastest average at approximately 15.156 seconds (126.604).  Hamlin had the second-best average, followed by Daniel Suarez, Kyle Larson and Johnson.

Of the five drivers that must qualify on speed for the race, Rick Ware Racing’s BJ McLeod was the fastest of the bunch in 33rd, a little more than a half-second off of Hamlin’s time.  JJ Yeley and Timmy Hill in 38th and 39th, respectively were the slowest of the open teams.

The 85-minute session had a red flag partway through due to rain.  However, the track was quickly dried and the session resumed.  As of this writing, it is dry at Bristol Motor Speedway, but there are still spotty showers not too far away from the track.

Monster Energy NASCAR Cup Series teams have one more practice session that is scheduled to start at 12:30 p.m.  The session will air live on NBCSN.