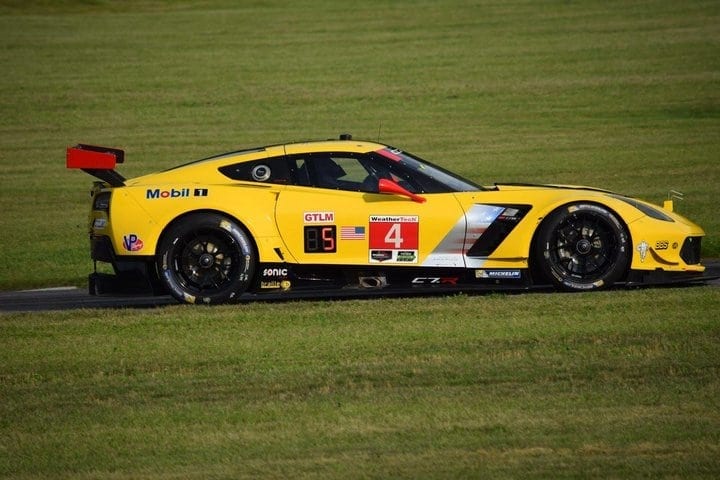 Milner was quite satisfied with his early pace.

“It’s certainly a good start to the weekend. Being quick early on is a good thing,” Milner said after the session.  “The car feels really good. Our time spent in our simulator in the weeks leading up here were helpful – for me driving and the team setup-wise.  The championship race is really tight so we’re throwing everything we can at it.  We were 1-2 in qualifying here last year, so the Corvettes are already good. There were some lessons we learned from last season and have been able to improve on those.  This is a good start.”

Risi Competizione, making their return to the WeatherTech paddock this weekend, was third fastest with Giancarlo Fisichella at the wheel.  Fisichella was one-sixth of a second slower than Milner.  Dirk Müller was fourth fastest in the second Ford GT, while Jan Magnussen was fifth in the second Corvette.  The top five GTLM teams were separated by less than three-tenths of a second on the 3.27-mile road course.

For Park Place Motorsports, the session was a successful one early on, but turned negative late.  Patrick Lindsey was unable to turn in a lap at speed during the session.  On his first flying lap, Lindsey cut a tire and had to limp back.

Nothing like a flat tire to slow you down, gives @plindsey73 some time to smell the roses. #GTChallenge

Lindsey was able to drag the No. 73 Porsche back to the pits, but spent roughly six minutes doing so.  The car did not return to the track for the rest of the session.

IMSA WeatherTech SportsCar Championship teams have one more practice Friday at 4:10 p.m.  It is scheduled to be one hour in length.