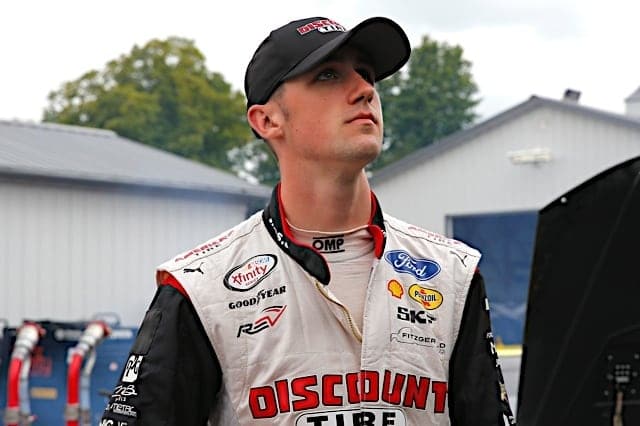 Sunday’s weather forecast for Elkhart Lake, Wis. calls for rain.  It rained for much of the morning at Road America, enough that NASCAR officials declared a “change in climatic conditions” and put everyone on rain tires for qualifying.  However, it didn’t rain enough.  The track was wet in some areas and dry in others.  Without constant precipitation and teams only having two sets of rain tires on hand, NASCAR made the decision to cancel qualifying for the Johnsonville 180.

As a result of qualifying being cancelled, Austin Cindric will make his XFINITY Series debut from the pole.  James Davison, who was fastest in Happy Hour on Saturday will start alongside.

Points leader Elliott Sadler will start in third, while Christopher Bell will start fourth.  Justin Marks, who was quickest in the first practice on Saturday, will start fifth.  William Byron will start sixth, followed by Justin Allgaier and Ben Kennedy.  Scott Lagasse Jr. and Brennan Poole will round out the top 10.

Officially, no one failed to qualify for the race.  MBM Motorsports’ Timmy Hill and Obaika Racing’s Gregory Vandersluis both withdrew.