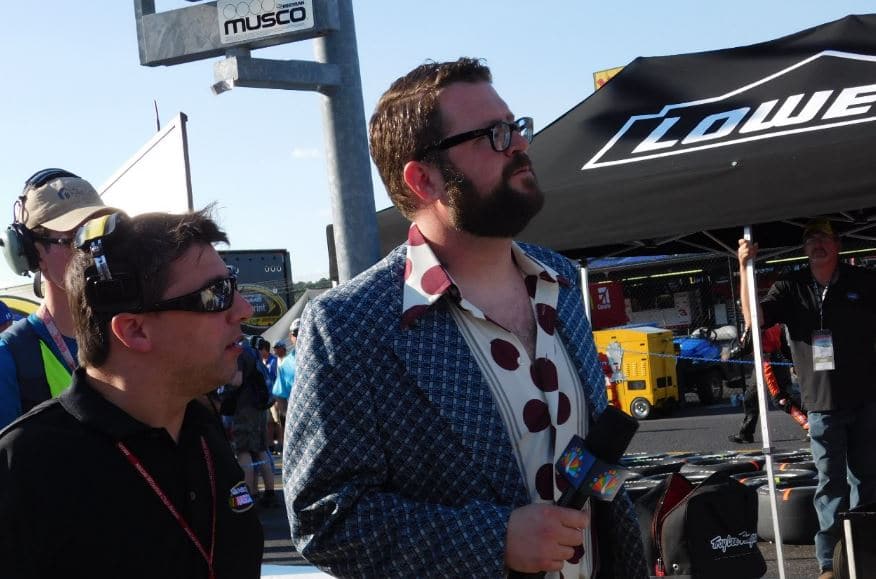 As Labor Day approaches, Americans across the land will honor and cherish this amazing, prosperous nation. From sea to shining sea, parades will showcase just how fantastic America is, whether you’re making left turns or right ones, thanks to the labor force in the United States.

For the third straight year, NASCAR and Darlington Raceway have teamed up to promote the sport and show respect to those who helped make it the amazing spectacle it is today. This year’s theme is taking a look back at NASCAR legends from 1985 – 1989.

Not only is this retro weekend one that fans cherish, but it provides amazing racing at one of the most unique tracks on the circuit. With its tight, banked corners, Darlington puts on a show that frequently includes impressive battles for the win.

With the NASCAR season coming to a close sooner rather than later, the pressure is on for teams to perform. But more importantly, deals are coming into fruition for 2018 and beyond.

Several top teams, including Furniture Row Racing, have open seats for next year. With more drivers capable of performing well in top equipment than rides available, owners can be in quite the amazing situation should sponsorship be found.

A: No matter what the sport is, it is incredibly important to pay tribute to those who helped make it what it is today. If one takes a look at baseball, football, basketball or hockey, you will see a plethora of throwback jerseys, showcasing an era for an organization that included plenty of success.

NASCAR’s theme this year isn’t reaching teams like it thought it would, though. The original press release mentioned the likes of Bill Elliott and Dale Earnhardt winning key races during this short span, but teams and drivers have decided to go with paint schemes from the 1990s.

Several teams are missing the point of honoring drivers during this era. Why did NASCAR want that particular time span? Well, it’s kind of a forgotten era to an extent. And that is why a team like JTG Daugherty Racing is getting it right, paying tribute to Patty Moise’s 1988 paint scheme.

@Chris_Buescher's throwback will pay tribute to one of the women that really earned her place in NASCAR. Patty Moise's No. 37 Crisco Buick pic.twitter.com/wdixGxYnDQ

This whole ordeal is about showing respect to those who don’t normally get it.

It’s great to pay tribute to someone like Jeff Gordon, such as what JGL Racing’s Dylan Lupton is doing in the XFINITY Series, but what does it do besides produce die-cast cars and publicity for the team? Nothing. This is about remembering those who have worked hard to provide for their families and making a living during a time while NASCAR attempted to find its identity, and that’s what should be done.

For former drivers who are seldom thought about unless someone breaks a record they held, like Moise when Danica Patrick first came onto the scene, it’s a chance to reflect and truly appreciate something so unique and so special.

Some drivers are paying tributes to themselves, like Derrike Cope and Dale Earnhardt Jr., which is also great. They’re trying to connect the newer fans to those who have been around for several decades, an extremely difficult thing to do with the many differences in NASCAR between then and now.

Other folks around the garage will be sporting paint schemes throwing it back to the early days of their sponsors, mixing things up a bit. Remember, Labor Day wouldn’t exist without dedicated business owners, and no sport relies on business owners like NASCAR does.

Q: Who would be a good fit for Furniture Row Racing’s second car? – Nancy K., Charlotte

A: Matt Kenseth is the perfect suitor for this ride, 100 percent. Not only does Kenseth know the ins and outs of Toyota Racing Development, but he understands how to consistently run up front.

When he made the move to Joe Gibbs Racing in 2013, he seemed like a completely different driver. The No. 20 car was constantly near the top of the pylon week-in and week-out. His demeanor on and off the track sets him aside from the rest, and that personality can fit quite well into the Furniture Row Racing fold.

However, Kenseth is one of, if not the, hottest free agent on the circuit, making his asking price quite high.

“There have been some really good drivers that are looking around and that have inquired about the car because I think it is obvious the performance of the car is something any driver would like to be in right now,” Joe Garone, president of Furniture Row Racing, said in a NASCAR.com interview. “It hasn’t shocked me. It’s a compliment to the team some of the drivers that have talked to us.”

While a driver like Kenseth may be interested in signing on to drive the No. 77 entry, it’s all about the money. Just like Erik Jones, the current driver of the No. 77 car and Kenseth’s replacement at JGR next year, brought sponsorship to the table, the next driver for FRR will need to do the same.

Garone and team owner Barney Visser continue to play the sponsorship card, just like they did in the past with the No. 78 team. Now that Martin Truex Jr. is running exceptionally well and has funding for a chunk of races, the focus has shifted to getting sponsorship for the No. 77 car.

The task is not an easy one, as FRR followers know oh too well. Until Truex came on, the team seldom had sponsors on the car, let alone colors other than flat black.

When FRR started its second car, it was not a shocker. The team has been around since 2005, and it’s one of the few former underfunded efforts that refused to start-and-park.

The dedication to the sport paid off, and now, Visser is tasked with finding someone who can set up his team for the future. What better way to go than having Kenseth in the ride?

OK, the sponsorship might not be there at first. But let’s face it, how comfortable is Visser fielding an unsponsored effort again? If 5-Hour Energy opts to stay in NASCAR, it must stay with FRR per the series’ agreement with Monster Energy as the Cup Series’ title sponsor. Shifting over to Truex’s effort wouldn’t be a surprise, and that could likely mean the No. 78 team is fully funded for the first time in over a dozen years.

So would Visser want to sink money out of his own bank account again, or is he willing to sign a younger, unproven driver who brings over sponsorship?

Don’t be too surprised if a young gun by the name of Christopher Bell hops on board, or if Kenseth is just a filler for Bell, Kyle Benjamin or one of Toyota Racing’s other rising stars.

No matter what, Furniture Row Racing needs to keep this second entry alive and well. Not only is it a car that will be able to compete for wins, but it is vital in growing the organization into what could be the next JGR at this rate.

The only thing the tributes to the past do is show what Brian is doing to the present.

The correct answer is “to sell more diecasts”.

Its like everything else. try and divert attention away from the boring racing, and generate some enthusiasm. And if they can sell more trinkets thats a bonus.
Obviously though the only people who care are those who would be interested anyway.

The throw-up paint schemes are to do 2 things. One is sell more trailer trinkets and to try to pull back in all the fans from the 50’s-00’s that BZF chased away. Unfortunately for him, it hasn’t worked. When die-hard fans from years gone by say that Darlington is boring because of the spec cars, you know something is wrong with the racing. Can you say “bad management decisions”?

That paint scheme has the same number as Patty Moise’s car and little else. The throwbacks are great but they already seem to be running out of paint jobs that can be replicated faithfully.

Now that all the cars are wrapped would N.A.S.C.A.R. allow a car to be made to look like a 60’s chevy or ford to go with the retro paint?

How about a Plymouth Superbird? Brian likes wings Let him see one that works.

Maybe they should take the race cars out of the Darlington Museum and put them on the track so fans can see what real race cars look like. Now that’s retro.