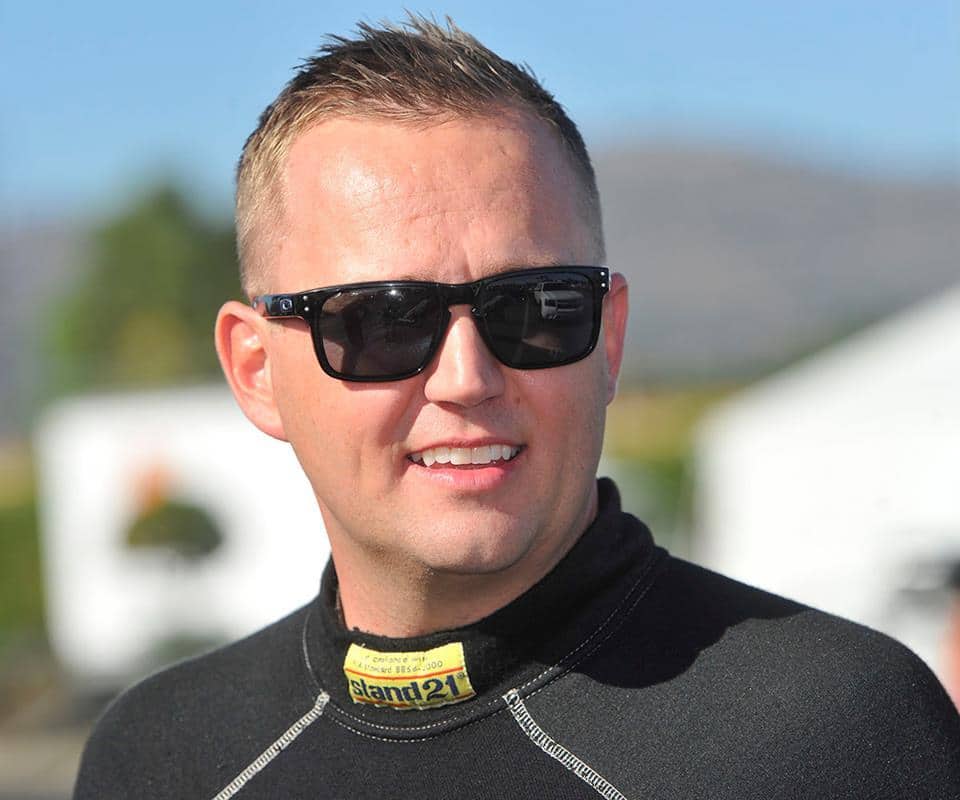 The team named Richie Crampton to replace him for the remainder of the 2017 Mello Yello Drag Racing Series schedule, as well as for the 2018 season.

In 17 starts in his rookie season in Top Fuel, Coughlin Jr. had yet to advance past the quarter-final round, but had still managed to climb his way to tenth in points and into the field for the Countdown to the Championship. Coughlin – the son of two-time Pro Mod world champ Troy Coughlin and grandson of NHRA veteran Jeg Coughlin Sr. – was the 2013 NHRA North Central Division Super Gas champion and has also racked up victories in the Lucas Oil Drag Racing Series.

“I want to thank everyone at Kalitta Motorsports for such an incredible opportunity,” Coughlin said. “It was a dream come true to race for Connie Kalitta and Jim Oberhofer. My teammates, Doug Kalitta, Shawn Langdon, Alexis DeJoria and JR Todd as well as everyone at SealMaster have been extremely supportive.

“Obviously, my rookie year hasn’t turned out like we wanted but everyone showed incredible faith in what we were doing and my development as a driver. I just want to take a step back and get some more seat time in an injected nitro dragster.”

Coughlin’s resignation opens the door for his Kalitta Motorsports teammate Shawn Langdon to advance from 11th to tenth in the series standings and secure the final spot in the field for the Countdown to the Championship.

Rickie Crampton, who has been sitting on the sidelines since the end of the 2016 season when Morgan Lucas shuttered his family-owner Top Fuel team, will take over the wheel of the SealMaster dragster at this weekend’s Chevrolet Performance U.S. Nationals at Indianapolis.

A former U.S. Nationals winner in his rookie season in 2014, Crampton has chalked up seven Top Fuel victories in 72-career events.

“It was a huge honor to get the call from Jim O (Oberhofer) asking if I could finish out the year with the team,” said Crampton. “Connie Kalitta is a legend, and for me to get an opportunity like this is unreal. I am excited to jump into the SealMaster Toyota dragster and see what we can do. I never knew if I was going to be able to drive a Top Fuel dragster again, so I am extremely grateful for this opportunity.”

FOUR-WIDE RACING IS SO NICE – LET’S DO TWO

The NHRA announced last week it will add a second four-wide event to the schedule in 2018, with The Strip at Las Vegas Motor Speedway adding two additional lanes to their facility for the Denso Spark Plugs NHRA Nationals on April 4-6, 2018. Construction is well underway to expand the track from two lanes to four.

Las Vegas will join its sister track, zMax Dragway in Concord, NC, as the only two NHRA drag racing facilities with four-wide racing. Both tracks are owned by Speedway Motorsports, Inc.

The zMax track became the NHRA since the 1960’s to offer four-wide racing back in 2010. Since then, the track has hosted a four-wide event on the NHRA schedule each year in April.

“Four-wide drag racing has captured the interest of race fans and competitors at Charlotte’s zMAX Dragway,” LVMS president Chris Powell said. “It’s exciting to give everyone on the West Coast a chance to see what fans back east have experienced for several years now. Four-wide drag racing was the vision of our chairman, Bruton Smith, and our chief executive officer, Marcus Smith. They are two of the key reasons that NHRA drag racing has become one of the most popular forms of motorsports in the world.”

Although four-wide racing has been praised in some circles, it has been derided by drag racing purists as a gimmick to sell tickets, and even a few drivers have privately expressed their frustration with the format – including the confusing staging procedures and lack of consistent track conditions across all four lanes.

The idea behind the four-wide format is giving the fans the thrill of having four cars running four-abreast down the track in a 40,000-horsepower, nitro-burning race to the finish, however due to the very nature of drag racing and the ever-changing track conditions, it’s rare to actually have four cars making a full four-abreast run. At best maybe two or three cars make it the full distance.

The four-wide format also requires drivers to stage against three other cars – which has led to quite a few instances where drivers were left confused sitting at the start line or failing to stage at all.

Four-wide racing might have started out as a gimmick, but it’s clear now that it’s here to stay.

COUNTDOWN TO THE COUNTDOWN

This weekend’s Chevrolet Performance U.S. Nationals in Indianapolis marks the final race in the Mello Yello Drag Racing Series “regular season”, with the six-race Countdown to the Championship set to begin in two week at zMax Dragway.  After the event two weeks ago at Brainerd – along with recent news this week – the battle for those final precious spots in the 10-driver Countdown field is shaping up to be anti-climatic at best.

Troy Coughlin, Jr.’s surprise resignation from his Kalitta Motorsports ride will all but assure Shawn Langdon of locking up the tenth and final slot in the Top Fuel division. Terry McMillen and Scott Palmer- currently eighth and ninth in points – will benefit from Coughlin’s departure as well as Terry Haddock is too far back in 12th to pose any challenge.

In Funny Car, Alexis DeJoria has a commanding lead over Cruz Pedregon despite competing in only 14 of the 17 events so far this season. The 124-point gap between her and ninth-place J.R. Todd virtually locks Todd into the championship battle as well.

The only real drama in Pro Stock is the battle for ninth and tenth place as just 12 points separate Allen Johnson and Chris McGaha. However it shakes out, both are shoe-ins to make it into the Countdown.

Pro Stock Motorcycle has three riders all with a shot at moving up in the championship field with Joey Gladstone, Karen Stoffer and Angie Smith – eighth through tenth in points, respectively – all within shooting range of each other.

THE VOTES ARE IN

Fan voting results for the Traxxas Nitro Shootout were announced this week, with Terry McMillen taking the top spot in Top Fuel and Courtney Force getting the top vote in Funny Car.

Each of the two Top Fuel drivers and the five Funny Car drivers vying for the eighth and final spot in the Traxxas Nitro Shootout will receive an allotment of lottery ping-pong balls based on the percentage of votes they received. The winning driver will be chose in a random drawing held at the Chevrolet Performance U.S. Nationals Fanfest in downtown Indianapolis.

The Traxxas Nitro Shootout will be held Saturday, Sept. 2 for Top Fuel and Sunday, Sept. 3 for Funny Car, with the winners taking home $100,000 each.