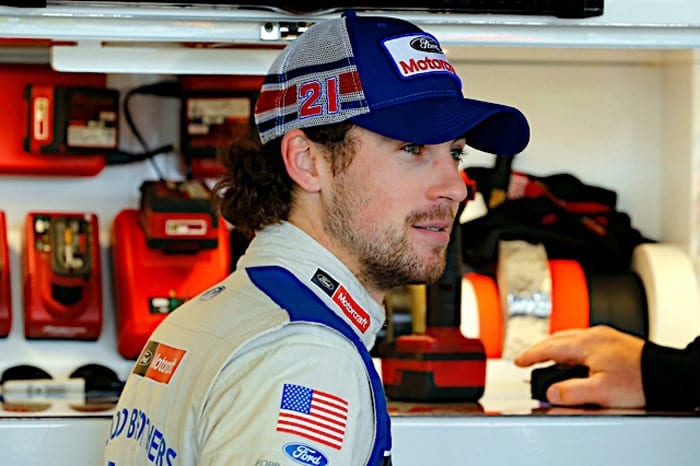 Menards is adding some sponsorship to its Monster Energy NASCAR Cup Series campaign for 2018: Team Penske’s No. 12 and Ryan Blaney.

Penske and Menards announced Wednesday (Aug. 30) that the company will adorn Blaney’s No. 12 for 14 races in 2018 while continuing its sponsorship of Paul Menard, who moves to Blaney’s old ride, the No. 21 at Wood Bros. Racing, from Richard Childress Racing for next season.

“Having a company like Menards, and a businessman like John Menard, be a part of the growth with the No. 12 team is terrific for our organization,” team owner Roger Penske said in a team release. “Menards has a winning tradition in motorsports and Team Penske looks forward to adding to that legacy. We have enjoyed a productive relationship with Menards through our INDYCAR program, and they were a key part of our championship effort last season. We are excited about the opportunity to grow with them in NASCAR beginning next season.”

Added John Menard, the company’s founder (and Paul’s dad): “Working with an organization like Team Penske means you are always going to be in contention for race wins and championships. And winning races and championships puts your brand in front of a lot of people. We’ve had a great run in motorsports over the years and with that has come a lot of success. Now, we are excited to keep that going with both NASCAR and INDYCAR programs with Team Penske.”

Additional sponsorship for Blaney’s No. 12 will be announced closer to the 2018 season.