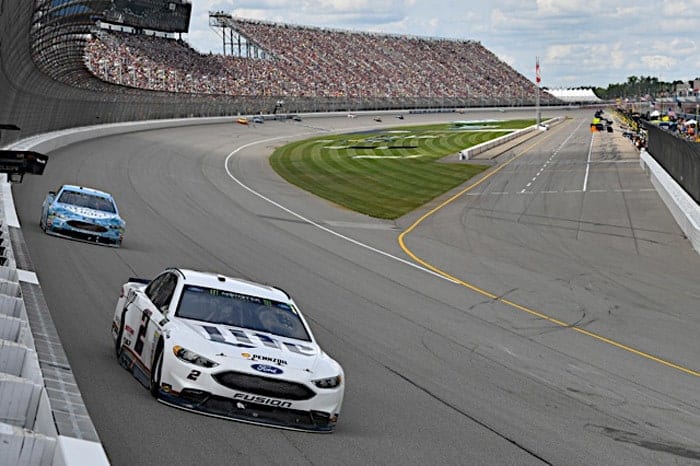 This week, the teams of the Monster Energy NASCAR Cup Series enjoyed their final weekend off until the season ends. Whether it was traveling the world or relaxing at home, the competitors did whatever they felt would recharge their batteries. So I decided to give our contributors a chance to clear their minds as well. Which group needed the break more? I suppose that’s all a matter of perspective.

Regardless, this week we present to you something that sports fans in general are all too familiar with: the dreaded near miss. Not winning is always tough but when a sure win is exchanged for bitter defeat, it can almost chip away at one’s soul. NASCAR is chock full of examples of this indiscriminate gut punch. But what are the worst?

Due to the abundance of such occurrences throughout the sport’s history, I’ll limit this to the past 25 years. Otherwise, the list would have probably taken a year to put together. So here are ten times that I thought a driver “shoulda had that one” in a Cup race. What are yours?

How the Rankings Are Calculated: Ordinarily, Frontstretch does our power rankings similar to how the Associated Press does them for basketball or football. Our expert stable of NASCAR writers, both on staff and from other major publications, will vote for the top 10 on a 10-9-8-7… 3-2-1 basis, giving 10 points to their first-place driver, nine for second and so on. In the end, Frank Velat calculates the points, adds some funny one-liners and… there you go! But this week, he kicked everyone out and took the whole thing over. Anyways, have a look.

The “banzai move by Jeff Gordon” brought the double yellow line into existence. I call it the Jeff Gordon rule.

I think there is a typo on number 2. That Texas race Brad dominated was 2015.

How is it that not one of MANY crushing last lap defeats of Dale Earnhardt Sr at the Daytona 500 did not make at least one spot on the list. Leading easily on the last lap and cutting a tire, allowing Derrick Cope to win. That is just the most obvious choice.

That was 27 years ago, out of the time line.

When there is a Biggest “Glad He Won” article, would Kyle Busch be a possibility?