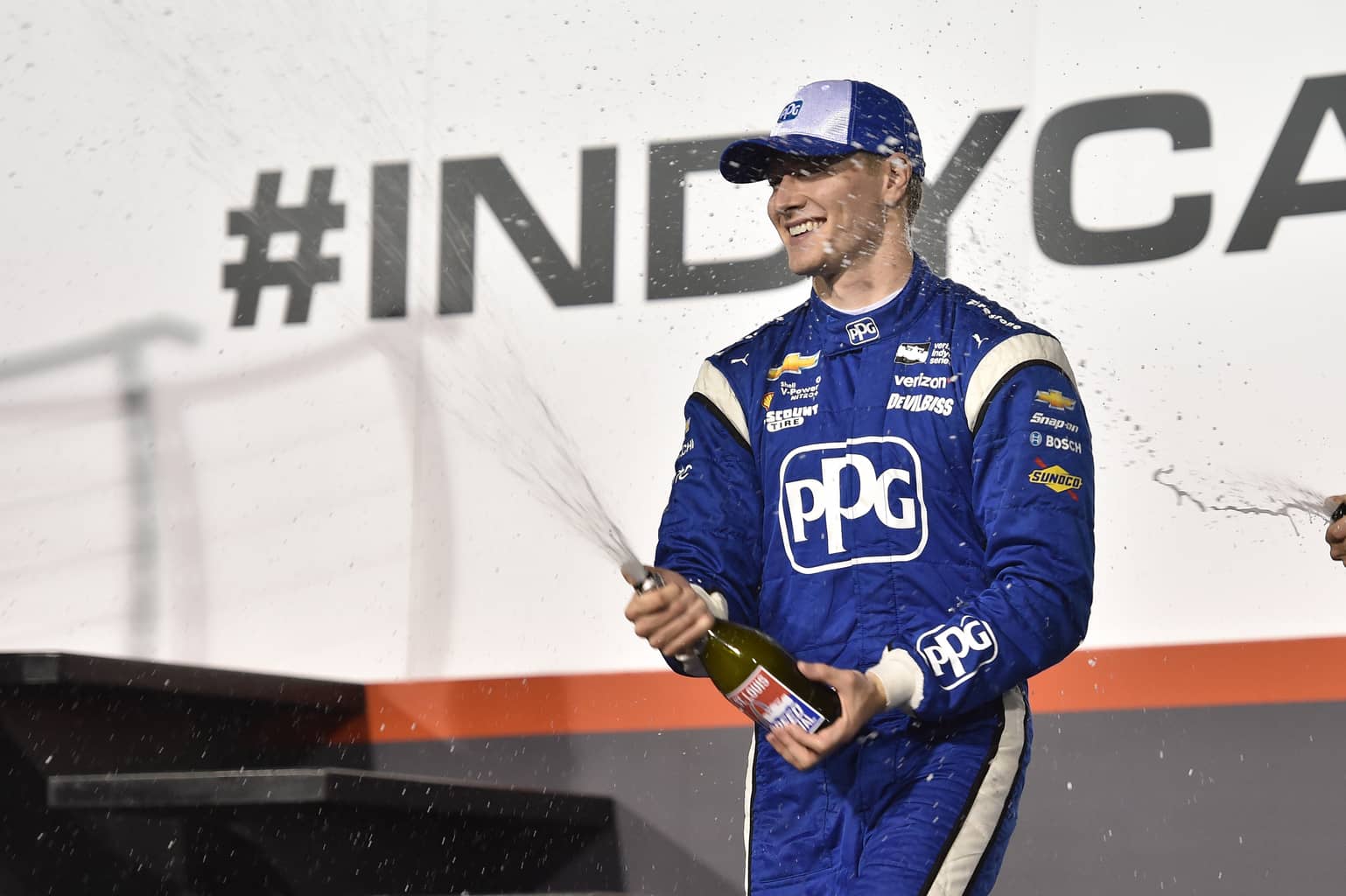 Josef Newgarden won the Bommarito Automotive Group 500 at Gateway Motorsports Park on Saturday night and boosted his lead in the Verizon IndyCar Series championship to 31 points over Scott Dixon.

Newgarden has been the hottest IndyCar driver over the last month and a half. He’s won three of the last four events and finished second at Pocono Raceway last weekend.

When he signed with Team Penske in October after spending last season with Ed Carpenter Racing, he was immediately considered a contender for this year’s title. He was the top free agent on the driver market and team owner Roger Penske new it. Newgarden replaced Juan Pablo Montoya in the No. 2 Chevrolet after he finished a disappointing tie for eighth in the standings.

Penske has had a marvelous history of success in IndyCar. With 16 Indianapolis 500 victories and 14 championships, including last year’s with Simon Pagenaud, he knows a talented driver when he sees one, and Newgarden is living up to the expectations.

He’s already in the discussion of being called the next great American open-wheel racer, and consider that he’s beating Pagenaud, Will Power, and Hélio Castroneves in his first season with Penske, rightfully so. But by no means is the championship hunt in the bag. Two races are remaining, including the double-point season finale at Sonoma Raceway, and there’s always the possibility of a dramatic shift in momentum.

“I don’t know if it’s firm,” Newgarden said about his point lead. “It’s never firm with Sonoma, with the amount of points you got there. It’s going to be difficult. I think we’re — regardless of how Watkins Glen (the next race) goes, it’s going to come down to Sonoma and who does the best job there. It’s just the way this championship works with the way the format is right now.

“But we certainly have a good position, I would say for us. We feel good about our position. … I think we have a good lead. That’s always better in my opinion than chasing. We got to make sure we look after everything in Watkins Glen. Then we really got to prioritize Sonoma and have a phenomenal race there.”

Before this season, Newgarden had three victories and 10 podiums in his career. Now in a top-notch ride, he leads the field in both wins and podiums (four and eight, respectively). Only 26 years old and having a successful inaugural season driving for The Captain, the sky’s the limit for the Tennessee native. There’s no saying how many championships and races he’ll win his career.

Regardless of the championship outcome in the next three weeks, Newgarden has proved he deserves the opportunity with Penske, and this may be only the beginning of his career.