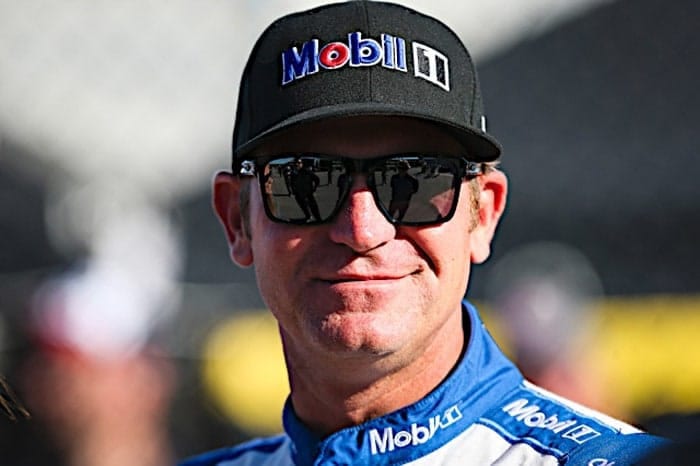 With just two weeks left to take a spot in NASCAR’s playoffs, Clint Bowyer sites tenth in driver points, a welcome rebound for the Stewart-Haas Racing driver after struggling through 2016 with an underfunded team. Most years, tenth would be plenty to get a driver in the playoffs. The trouble for Bowyer is, this year isn’t one of them.

With fourteen different winners so far, only two drivers stand to make the title contenders’ list on points—and that’s if nobody else wins a race.  And with some notable names, including Bowyer, Joey Logano and Matt Kenseth missing from the qualifying wins list so far, it’s possible that in the next two weeks, that could drop to one…or none at all.

Bowyer is eyeing this weekend’s Bojangles’ Southern 500 at Darlington as an opportunity to secure one of those spots. It’ll be an uphill battle.  Bowyer has just one top-10 finish in 11 starts at the Track Too Tough to Tame, with a 20th-place average finish and a pair of DNF’s in his past there as well. Bowyer knows it may be a stretch, but he’s looking for a win.  If he gets that, he’ll be satisfied, at least for this year.

“We need to be leading more laps as a group at SHR and knocking on the door to more wins,” the 38-year-old Kansas native said Friday at Darlington.  “Obviously, we’ve gotten close a few times with some second places, but that’s the first loser.  We’ve got to be able to seal the deal, but as I said from the beginning of the year it’s all about winning our first race.  We haven’t been able to do that.  I’m focused more on that.  I care more about that.  Obviously, having a chance to win a championship and everything else, but, for me, I need to win to be able to solidify myself as a contender, but we need to be leading laps.  We need to be doing that the right way.”

Bowyer, who has a pole at Darlington, was 14th-fastest in opening practice—maybe not where he needs to be but faster than some of the title favorites.  The driver says the track has evolved in recent years into a track where drivers let everything hang out, lap after lap.

“Just in my tenure being in this sport the evolution of the cars is just so much further than when I started,” said Bowyer Friday.  “You used to have to manage tires, your equipment, all these things to manage a race to get the most out of any given weekend let alone a track as unique as Darlington.  Now it just seems like with the tires, with the equipment, with everything the way it has evolved it’s almost a qualifying lap driving as hard as you can every single lap and the car and equipment will take it.  It’s definitely different than the way it was even 10-12 years ago when I started.”

Bowyer’s better shot at winning might be next weekend’s regular-season finale at Richmond, a track where he has two wins and a dozen top 10s in 23 starts. Of course, he’ll always be remembered in that race for his role in “Spingate,” an alleged cheating scandal designed to give Bowyer’s then-teammate Martin Truex, Jr. some insurance in the playoff standings which ultimately cost his Michael Waltrip Racing team—and very nearly Bowyer in the process—everything.

Bowyer has gotten progressively stronger this year, though Stewart-Haas as a whole has been maybe a half-step behind its rivals. He’s led a handful of laps, more than the last two seasons combined.  A win would mean he’s all the way back from the abyss.

And Bowyer knows how he wants that win to come.  “I don’t want to back into it on a fuel mileage deal or a lucky situation, a situational thing,” he said Friday.  “I want to be able to have those announcers talking about me all day long and carry that through to the end of the night.”