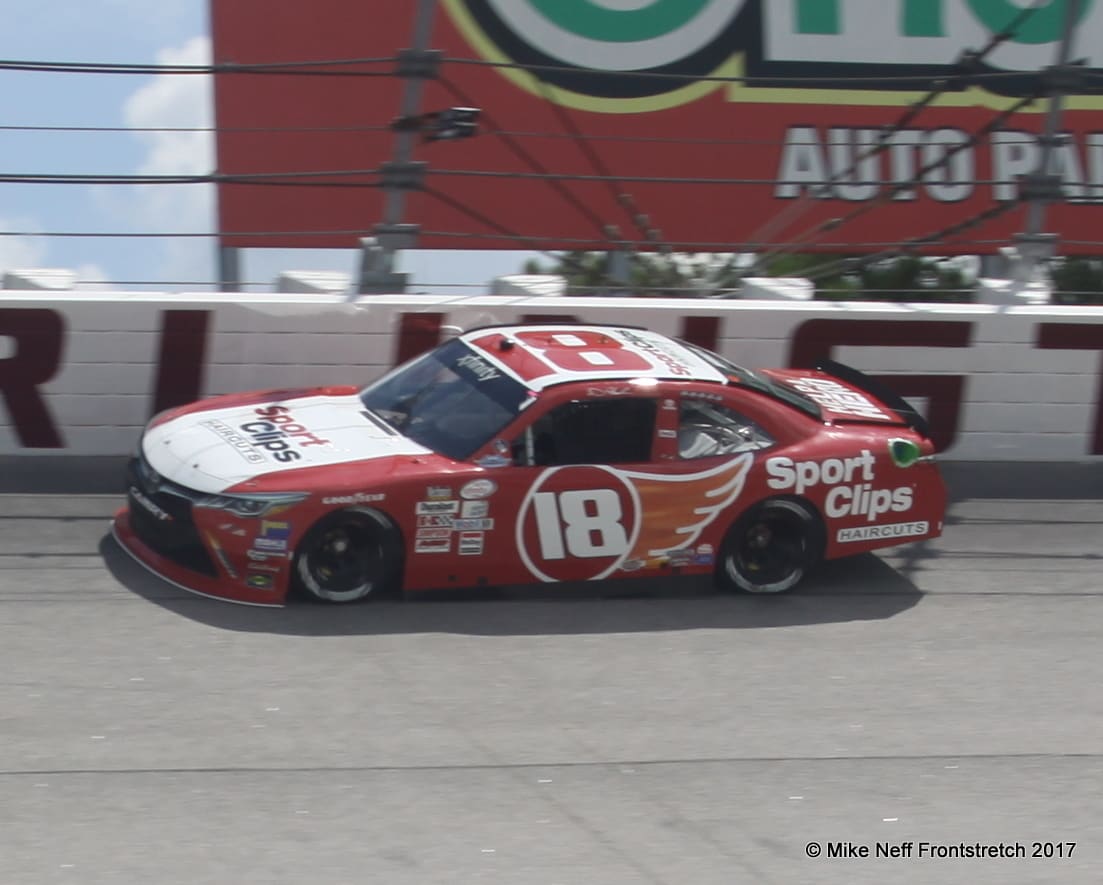 Denny Hamlin showed the way in opening practice for the XFINITY Series on Friday Morning AT Darlington Raceway. Hamlin turned a lap time of 28.824 with an average speed of 170.608. He wasn’t much faster than second-place Tyler Reddick, who turned a time of 28.875 (170.608 mph.), but it was enough for the top spot.

JR Motorsports put on a clinic for XFINITY Series regulars finishing third, fourth, and fifth on the speed chart. Justin Allgaier finished third on the pylon with a lap of 28.913 seconds and a speed of 170.083 mph. Defending race winner Elliott Sadler finished fourth in the session, followed by Darlington rookie William Byron.

Cole Custer posted the sixth-fastest time, followed by Brennan Poole, Joey Logano, Ben Kennedy and Erik Jones who all rounded out the top 10.

40 of the 41 entered cars turned laps in the first practice with William Byron turning the most laps of any drivers (37 laps). B.J. McLeod and Jeff Green both only turned a single lap in this session.

Hamlin again turned the fastest lap of the afternoon in the final practice for the XFINITY Series on Friday. Hamlin was just a little slower in final practice turning a lap of 29.403 (167.248 mph.). His Joe Gibbs Racing teammate Erik Jones found speed in the second session, moving up from tenth to second with a time of 29.517 seconds (166.602 mph).

Cole Custer moved from sixth fastest to third in this practice. The Chevrolet party began with Tyler Reddick and went all the way to tenth with Austin Dillon with Kevin Harvick being the sole Ford inside the remainder of the top ten.

38 of the 41 cars entered turned laps in the second practice. Rookie Cole Custer turned the most laps in this session at 47 laps while JD Motorsports driver Harrison Rhodes turned the fewest laps (2).

Qualifying is slated for tomorrow at 12:15 PM/ET on NBCSN. NASCAR XFINITY Series Countdown to Green goes live on NBCSN at 3:00 PM/ET followed by the green flag at 3:30 PM/ET