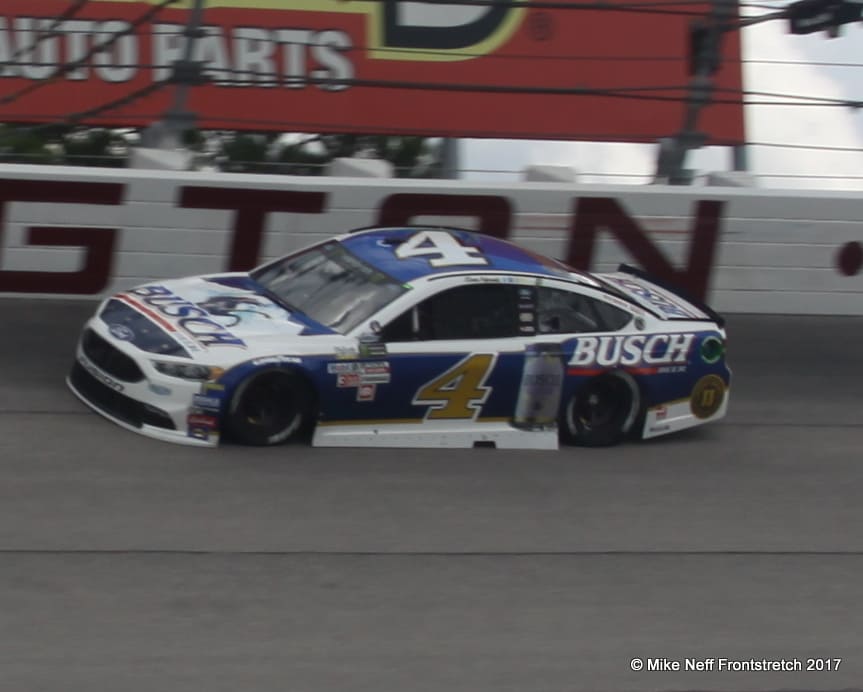 Kevin Harvick won the pole for Sunday’s Southern 500 from Darlington Raceway. His lap speed of 177.730 mph gave Harvick his fourth pole for 2017 and 21st of his Monster Energy NASCAR Cup Series career.

“I thought I gave some up the second round,” Harvick said. “I knew if I could not get it in the corner in the wrong spot, I could hang in there.”

The complex nature of the Lady in Black has had no effect on Harvick, who won the pole for the third time in the last four years and has four straight Darlington top-five finishes.

“This has been a great track for us, a lot of fun coming here,” he said. “I love racing here. I’m really proud of of everyone. We keep getting better and better.”

“It seems like we’ve been second a lot this year,” Truex said, grabbing his seventh second-place start this year. “But it’s been a good number for us.”

Kyle Busch has also been a quick qualifier this year, leading the series with six poles and grabbing third place for Sunday. The Chip Ganassi Racing duo of Kyle Larson and Jamie McMurray completed the top five.

This is the car that will lead the field to green Sunday in the #BoJanglesSo500 #NASCAR pic.twitter.com/aLu2wtpD3j