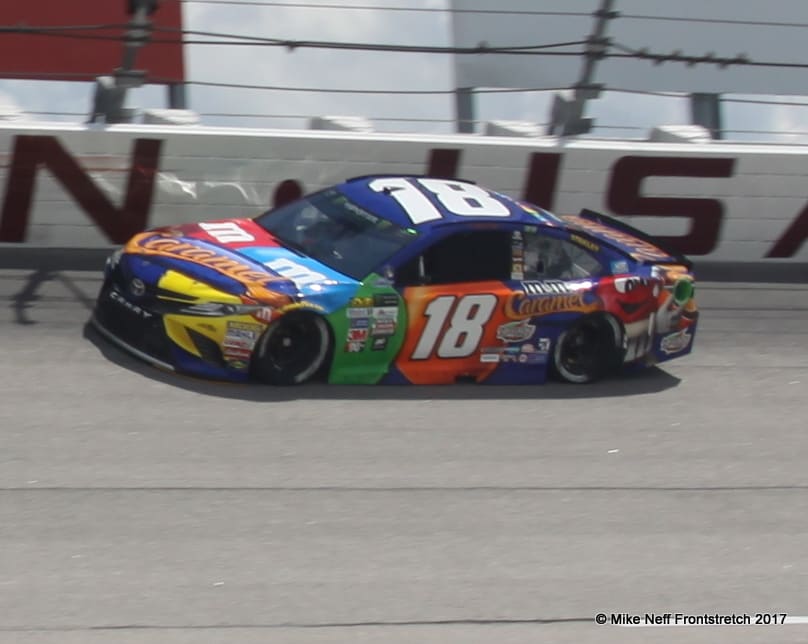 Despite spinning earlier in the session, Kyle Busch found his No. 18 M&M Caramel Toyota Camry on top of the speed charts, turning a lap at 173.320 mph at the end of final practice at Darlington Raceway Friday afternoon.

During the session, Busch spun to avoid trouble, seeming to avoid adding another scrape to the wall. Kevin Harvick finished second in the session with a speed of 173.070 mph followed by Jamie McMurray, defending race winner Martin Truex Jr., and Denny Hamlin rounding out the top five.

Trevor Bayne made hard contact with the outside wall late in the session when his car became loose in Turn 3, smacking the outside wall resulting in significant damage to the side of the No. 6 Advocare Ford.

All 40 drivers entered turned laps in this session with Joey Logano turning the most laps of the session with 59. Carl Long’s team turned the least amount of laps with only six.

Monster Energy NASCAR Cup Series Qualifying will begin at 1:30 p.m. ET on NBCSN while NASCAR Countdown to Green comes on at 5:30 p.m. ET on Sunday.