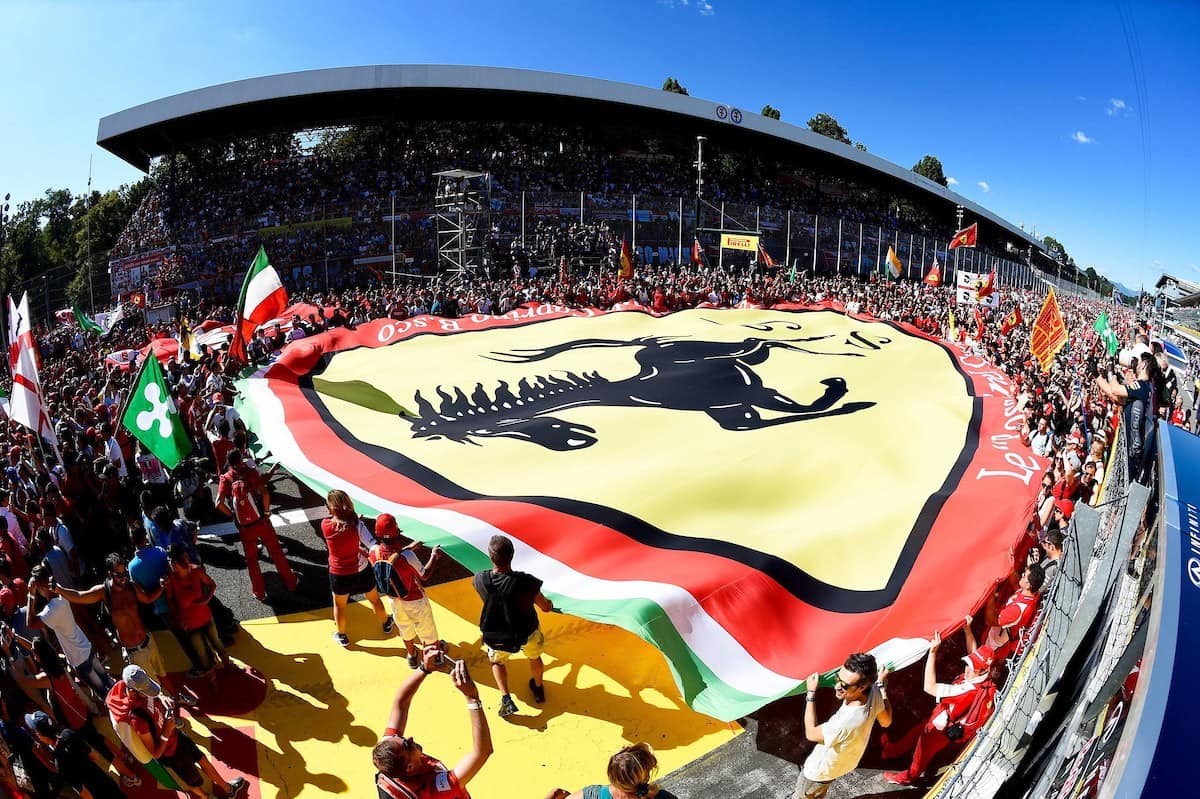 Ciao and benvenuto to the back-end of Formula 1’s consecutive race weekends.  Last week, Lewis Hamilton tied Michael Schumacher atop the all-time list with 68, added to his win total, and closed the gap to Sebastian Vettel to seven points in the driver’s championship.  It seems safe to say that Hamilton enjoyed a pretty decent weekend.

The series is twelve races into the schedule, which means that eight remain and the driver’s title is more interesting than it has been in ages – mainly because the drivers at the top are on different teams.  The past couple years the championship centered on the battle between Mercedes teammates Hamilton and Nico Rosberg.  But having Ferrari return to a leading position is good for the sport in a number of ways, and not least of them is the intrigue it brings in the championship.

That just seven points separate Hamilton and Vettel means that the last eight races bring with them added elements of drama.  The thing is, those within in the sport aren’t quite as focused on the drivers; the real money rests with the constructor’s championship, and it’s there where Mercedes is starting to gap Ferrari, ahead of the Prancing Pony by 44 points.

The feeling is that Mercedes is about to take over the second half of the season is rife in the sport, almost as if they’ve been messing around and are, only now, getting serious.  Such kind of talk is borderline ridiculous but does hint at the fact that Mercedes may, or may not have, been necessarily pushing their envelope just yet.  That they’ve got a power unit upgrade does suggest that they’ve been holding back, but perhaps not fiddling around.

Regardless of how one feels toward the Silver Arrows, the Italian Grand Prix should provide context for how they may be proceeding for here on out.  The question, as it has been for the past decade, is whether or not Ferrari will match pace.

– One of the rules governing the sport is coming under intensifying scrutiny.  The stipulations dealing with parts replacement and grid-place penalties has been laughable for a while now.  That drivers can accumulate 60-place penalties is especially silly when just 20 cars reside on the grid; and the fact that there’s no carryover to the next race augments the asininity.

The goal of the penalties had been to limit how much teams spend on power units, intending to ensure that teams didn’t build an engine for every race in the hopes of reducing cost while also introducing an element of parity.  The intent is honorable but the execution had become problematic and F1 Competition Director Ross Brawn has stated that the matter is something he’s looking to fix because it’s not good for the sport.

To whit, here’s a few drivers enjoying grid-place penalties for the Italian Grand Prix.  Both Red Bull drivers will be put toward the back as Max Verstappen will drop 15 spots, while Daniel Ricciardo falls 20 places.  Carlos Sainz, who’s Toro Rosso blew up in FP2, will face a 10-spot penalty, and then there’s Fernando Alonso, who has seemed to make an art form out of enjoying penalties, and will chuckle at his 35-place penalty.

Sure, these drops mean that some lesser teams may start near the front and have a chance to snag a top 10 but that scenario has rarely played out.  This race should prove interesting, however, as there’ll be four drivers at the back who’ll be trying to navigate forward.

– The silly season that wasn’t, or isn’t.  Much of the drama of the F1 silly season has yet to come to the fore with top names and teams announcing that, well, very little is changing.  Ferrari has their team for next year with Kimi Raikkonen signed on for one more year, while Sebastian Vettel signed a five-year contract (though it’s more like a three-year pact with options) to stay aboard.

Though Hamilton has called Ferrari his dream job, he re-upped with Mercedes for another three years.  The Red Bull duo will remain intact.  Those are five of the six top seats.  It is difficult to determine what Mercedes is doing with Valtteri Bottas but speculation has him back for one more year.  While there is likely no basis to such a thought, is it possible that Mercedes might go after Verstappen in one year’s time – grooming him to be Hamilton’s heir?  No basis to that thought, but no reason not to think it.

Felipe Massa provides the one interesting storyline.  The Williams team have been coy about Massa’s place, having expressed interest in both Fernando Alonso and Sergio Perez to partner with current rookie Lance Stroll.  Alonso may be a foolhardy notion, but Perez brings Telmex money with him.  Will Buxton estimated that Perez brings in roughly half of the Force India budget (which is also a reason for his lack of remorse or contrition about anything he does to his teammate Esteban Ocon).  Williams choosing Perez over Massa would create a line of dominos falling that would be interesting to watch.

And all of this talk ignores the fact that Renault is likely to part with Jolyon Palmer, thus opening another mid-tier seat.  Rumors of Alonso taking said seat have already been dispelled.

– Honda’s return to F1 is a well-documented disaster.  Though true, the Japanese manufacturer is still not willing to withdraw from the sport.  Their current relationship with McLaren will be determined this weekend – possibly by press time.  Should they divorce, the likelihood is that McLaren will switch to Renault, a move that would mean they’re taking another team’s engine supply.  Such a change would likely mean Toro Rosso would be out, and yet they’d become Honda’s primary target, even more so after Sauber had distanced themselves from Honda.  This game of duck-duck-goose will say a lot about how the sport looks at and embraces new or returning power plant units going forward.

The first Italian Grand Prix came into being in 1921.  The track, Autodromo Nazionale Monza, or better known as Monza, has hosted every Italian GP since 1950, with the lone exception being 1980, when it underwent significant upgrades and is 3.6 miles in length and has 11 turns.  One of the key elements of the track is the high speeds and does not have some of the tight turns elsewhere.  Not surprising, Michael Schumacher leads all drivers with five wins, while Vettel and Hamilton are tops among active drivers with 3 apiece.  Nico Rosberg won last year’s race, a victory that proved he had the mettle to engage with Hamilton in the title fight.

the issue of grid penalties is an interesting one. How do you “encourage” greater mechanical reliability without some penalty for unreliability? It would appear that the best way to help the mid pack would be by reducing drivetrain costs. We will have to wait and see how Liberty plans to acheive whatappear to be conflicting goals.