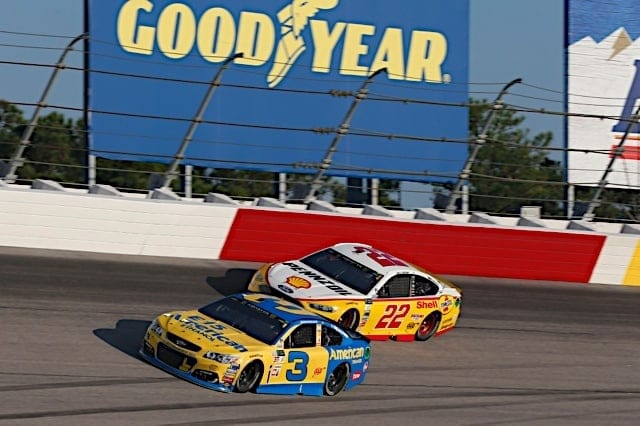 The struggle of Austin Dillon’s No. 3 team has been an afterthought following a Coca-Cola 600 triumph at Charlotte Motor Speedway in May. He’s in the playoffs, no biggie.

However, for Richard Childress Racing, the last three months has been a fight, with Dillon recording only one top-10 finish in of 12 races.

That slump of a streak, in a way, ended in Sunday’s Southern 500 at Darlington Raceway, as Dillon scored a fourth-place finish in a race that ended with a mixture of tire strategies.

Though the result was a surprise to most, it only came after a long run of preparation in the 102-lap green-flag run to the checkered.

“Short runs, I made sure to not torture the tires,” Dillon said. “That hurt us a little on the long runs, as all the guys would come back at us so fast. I could just wait and take care of the tires. That was a long race run for us, not pitting and those guys coming with tires. When they’re coming that fast, its really easy to overdrive your car, but it worked out for us.”

In similar fashion to his Charlotte win, Dillon and crew chief Justin Alexander have found a knack for strategy races.

A fine finish in one of the sport’s crown jewel events is enough to get any team excited. But when it comes two weeks before the playoffs begin, the strong result changes the confidence just in time.

“You can’t keep us down for too long,” he said. “We were really struggling after we got our win. We’ve been down in the dumps as an organization. You want to hit your stride at the right time, and I think we are, we’re hitting it perfectly.”

With a confirmed playoff spot now having some heat underneath, Dillon appreciated Sunday night more than usual, paying tribute to Dale Earnhardt in his No. 3 Chevrolet.

“The biggest thing is representing all the Earnhardt fans out here with our scheme tonight,” he said. “That was a pretty awesome scheme. For us, it felt great. My grandfather [Richard Childress] stayed on my radio [and said] before the race, ‘Take care of those tires and you’re going to be all right.’ It worked out all right.”