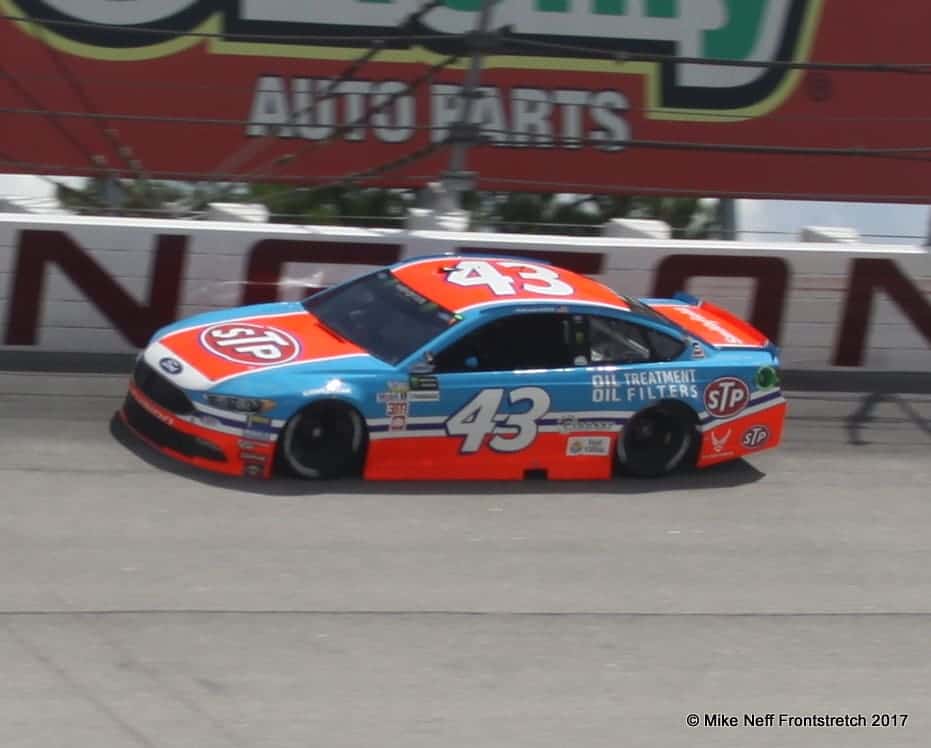 Sunday marked the third edition of Darlington Raceway’s Bojangles Southern 500 since the fabled race returned to its traditional Labor Day weekend date.  The race weekend is also in the third year of its throwback theme.  Familiar paint schemes from years gone by adorn most of the cars.  NBC Sports used  some old-school graphics, while Ken Squier and Ned Jarrett made another guest appearance in the broadcast booth.  Even a few drivers, most notably Aric Almirola and Ryan Blaney sported throwback facial hair.

Admittedly, the throwback weekend theme is something that will not affect the on-track competition.  The nostalgic paint schemes fall well within the confines of a NASCAR marketing gimmick, many of which fans have rightly criticized the sanctioning body for in recent years.  Yet the Southern 500 throwback weekend is one gimmick that NASCAR needs to keep holding each year.

The old-school atmosphere makes Darlington’s lone MENCS race feel entirely different from any other event on the schedule.  It is essential that NASCAR promotes the Lady in Black as a special place with a special race, because losing that elevated status was what almost destroyed Darlington in the last decade.

The history of the Southern 500 goes all the way back to 1950, when NASCAR primarily ran short, dirt tracks.  Darlington’s races quickly became premier events because the track was so unlike anything that stock car drivers had ever faced.  Holding the first 500-mile race on a super speedway, classically defined as a paved track over a mile in length, built Darlington’s fame.

Even after the first wave of super speedways opened in Daytona, Atlanta Motor Speedway, Charlotte Motor Speedway, and Rockingham Speedway, the Southern 500 maintained its place as a crown jewel of NASCAR.

Super speedways became even more commonplace in NASCAR’s schedule over the next few decades.  Tracks like Talladega Superspeedway, Pocono Raceway and Michigan International Speedway remain with us today.  Others, like Texas World Speedway and Ontario Speedway have come and gone.

By the time NASCAR’s explosive growth began in the mid-1990s, it was a matter of course that most races would be on super speedways.

As a result, NASCAR’s focus shifted to new racetracks with dazzling amenities for the growing fanbase.  Equally important was visiting tracks in major markets where the sport did not traditionally have a strong foothold.  From the drivers to the cars to the tracks to the sponsorship deals (and especially all that TV money), everything in NASCAR was about the newer, the bigger, and thus presumably better.

However, the march to embrace the newness of NASCAR left Darlington in a difficult spot.  The Southern 500 had maintained its crown jewel status as the last leg of the Winston Million program.  But in 1998, Winston, former entitlement sponsor of the top division of NASCAR, reformatted the promotion into the No Bull 5 races, which did not include Darlington.  Additionally, the track remained in a rural location pretty far removed from any major urban centers.

From the perspective of the drivers, the track Too Tough to Tame still represented one of the toughest challenges in NASCAR.  The uniqueness of Darlington cannot be lost on anyone lucky enough to compete in a race there.

The real problem was the perspective from the fans.  New fans of the late 1990s and early 2000s did not understand Darlington in the proper context, because NASCAR failed to promote the Southern 500 as a special race.  Darlington may have had a 500-mile race, but there were lots of those on the schedule.  Darlington may have been a tough track that was physically and mentally taxing to drive, but so were Bristol Motor Speedway, Martinsville Speedway, Dover International Speedway and Rockingham.  Ultimately, the Southern 500’s status as a special race got lost in the shuffle.  Even though Darlington was the incipient track of NASCAR’s super speedway boom, the sanctioning body did not give the track its due.  So, the new fans did not either.

The loss of its elevated status left Darlington’s race dates vulnerable.  The track hosted its seemingly-last Labor day Southern 500 in 2003.  The following year, Auto Club Speedway got the Labor Day race, and Darlington held the Southern 500 during the inaugural Chase in early November.  By 2005, Darlington’s 400-mile race was gone, and the Southern 500 moved again to Mother’s Day weekend, where it remained through 2013.

We may never know how close Darlington came to meeting the same fate as Rockingham and North Wilkesboro.  Those two tracks have wonderful histories of their own, but both were victims of NASCAR’s march of being bigger and better.  Perhaps what saved Darlington was the outcry of older fans who knew the history of the track’s Labor Day race.  The grassroots movement to keep Darlington’s remaining race relatively well-attended kept the track going after NASCAR’s big growth period slowed down.

Meanwhile, the sanctioning body never found another venue that really embraced the Labor Day weekend.  After the misadventure in Fontana, followed by a six-year run in Atlanta, NASCAR moved the Southern 500 back to Labor Day.  Additionally, the sanctioning body did what it should have done 20 years earlier, use the weekend to honor NASCAR’s history and the role Darlington played in helping the sport grow.

The throwback weekend as a marketing scheme may generate a lot of hoopla.  It also runs the risk of leading to a race that does not live up to the hype.  Yet a little extra hype is okay for a track like Darlington and a race like the Southern 500.

Honoring how Darlington was a big deal in NASCAR’s past means that the Southern 500 will remain a big deal in the present, and hopefully, far into the future.

Amazing that Nascar has actually embraced some of their important history instead of trying to rewrite it. The way that teams and even sponsors have gotten behind this is fantastic.

But they still haven’t admitted their mistakes and changed what they screwed up.

This “throw back” weekend has got (2) old fans that have been sitting at home the last 10+ years to come back to the track (Darlington) and watch the race, and that has led us to attend an additional race as well the last couple years. No throw back, no attendance from us. We’re fans from the 70’s and are damn near disgusted how over the years this is where it’s at. We’re still trying to figure out how thousands of great drivers all over the country will never get a chance, but in 5 years from trick or treating at Jimmie Johnson’s door, to playing racing on a Play Station, driving a go cart at CMS, and you will now be driving a Cup car next year, this is the NASCAR of today. ?