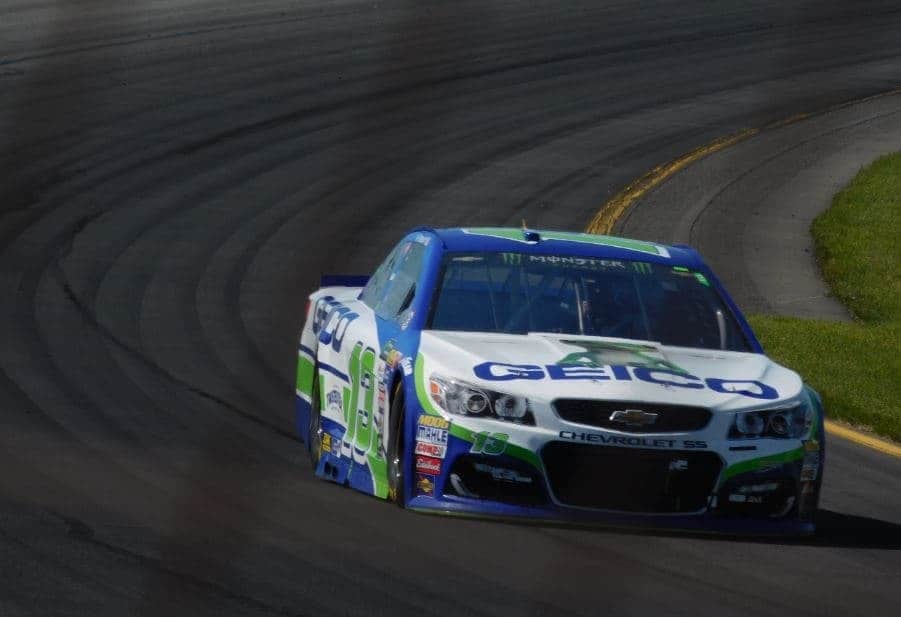 The No. 13 car will continue with Dillon as the pilot of the GEICO machine as both sides have inked a multi-year extension with Germain Racing.

“Being able to partner with GEICO all these years has been a source of great pride for our race team and for me personally,” owner Bob Germain Jr. said in a statement. “We’re very fortunate to be the team that gets to represent GEICO on the racetrack. I appreciate their support and I look forward to working with them in the years to come. Ty Dillon has given us some very exciting races in his rookie season.”

We’ve been w/ @GEICORacing for ten years and we’ll be with them for more to come! @tydillon we’re excited to have you as part of it! #GOTyme pic.twitter.com/BeP6QS8wqP

In addition to Dillon’s extension, the team said crew chief Robert “Bootie” Barker will continue to lead the No. 13 team. Barker joined the organization in 2009, helping them expand to a full-time effort in 2011.

Details of the contract were not announced other than that it is “for years to come.”

Germain Racing signed Dillon after Casey Mears drove its Monster Energy NASCAR Cup Series car from 2010 until the completion of the 2016 season.

The team moved from Ford to Chevrolet in 2014, creating a relationship with Richard Childress Racing that has expanded year-over-year. RCR will continue its alliance with Germain Racing for the foreseeable future, according to Tuesday’s announcement. With the partnership, Germain utilizes Earnhardt-Childress Engines, along with receiving technical support from RCR.

Dillon currently sits 24th in the Cup Series standings after 25 races. His best finish thus far is 13th (twice, Talladega Superspeedway and Darlington Raceway). With an average finish of 20.5, he is on pace to beat an organization-best 22.3, set by Mears in 2014.

Twisted Tea, which moved over to Germain Racing from Richard Petty Motorsports in 2017, has “demonstrated increase in sales with their specially branded ‘No. 13’ packaging.” However, the team did not announce what the beverage’s plans are for 2018 and beyond.