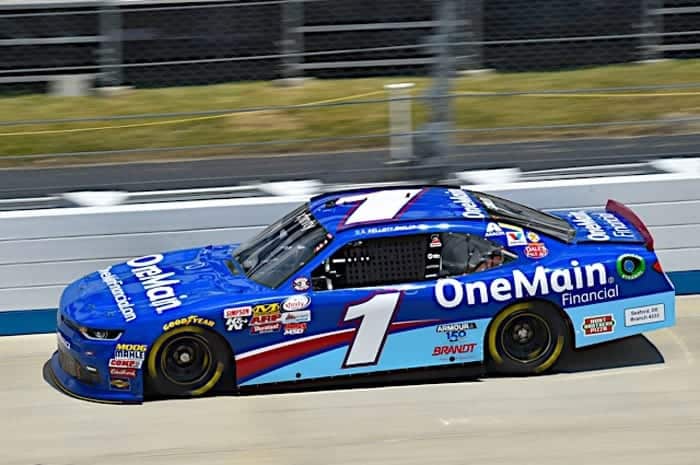 The oldest driver in the NASCAR XFINITY Series playoffs this season also ended up becoming the first ever regular season champion.

42-year-old Elliott Sadler clinched the championship with a solid fifth in the second to last regular season race at Richmond, securing 15 playoff points that will carry over until the season finale at Homestead. Sadler, a Virginia native who considers Richmond his home race, it was just that much sweeter.

“We were [unofficial] regular season champions last year and didn’t get much for it,” Sadler said, in reference to entering last year’s playoffs as the points leader. “Getting those 15 points will help us get through the three rounds, all the way through Homestead.”

In spite of entering Richmond with a large points lead, Sadler didn’t take the race easy (“We really wanted to try and get some more bonus points,”), running near the front of the pack for most of the race. He ended up as the second XFINITY Series driver in the finishing order, behind Daniel Hemric in fourth.

Sadler will begin the playoffs with 20 playoff points, seven back from number one seed William Byron (assuming neither Byron nor Sadler add to their playoff point total and that Byron maintains second through Chicagoland). Coincidentally, Byron is both the youngest driver in the playoffs and Sadler’s teammate.

Entering the final race of the regular season, Sadler just has pride and more playoff points to fight for. In spite of characterizing it as a “pre-season” race, he isn’t going to hold back from a race where he has ground to gain and nothing to lose.

“We’re taking the best of what we’ve got [to Chicagoland]” Sadler said. “We’re playing it aggressive.” But he also believes the team is ready to win a championship, unlike last season, where the driver entered Homestead as a final four contender but ended up short; “We have the right cars lined up at the right tracks to make it all the way through Homestead.”

Sadler clinched before the last lap of the last “regular season” race. Brian has some tweaking to do.