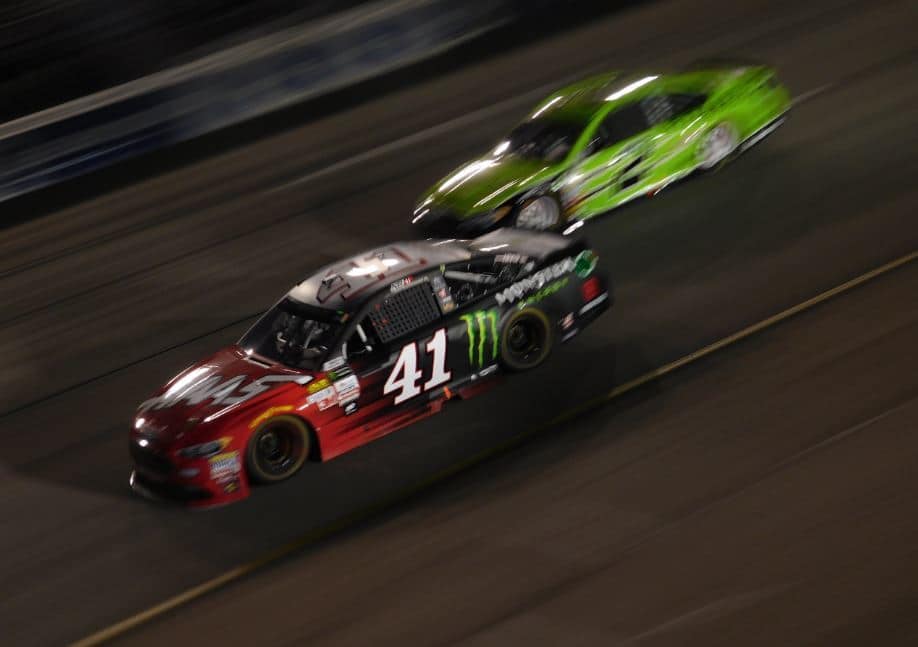 2017 started off as good as it could get for Kurt Busch by winning the Daytona 500. Since then, it’s been a bit of a struggle.

Following Daytona, Busch posted just two top-10 finishes over the next seven events to start the Monster Energy NASCAR Cup Series. But soon, the No. 41 team got on a hot streak with four top 10s over the next six races, though taking 14 races to crack the top five again.

The second half of the regular season went up and down for the 2004 Cup Series champion, and heading into the playoffs, Busch now has three consecutive top-five finishes.

On Saturday night at Richmond Raceway, Busch brought the No. 41 car home fourth, continuing the much-needed momentum into the playoffs with his No. 41 Stewart-Haas Racing team.

“I feel like we’re doing everything right on the [No.] 41 car,” Busch said. “We could do better in some categories. Our long run speed was really good tonight. That last green-white-checkered I knew it was going to be chaos. Getting fourth out of it, we ran third tonight. We missed it on the setup early on making the wrong changes, and then we backed it up and I think we unloaded what we had in this car on Friday right now. That’s good signs heading into the playoffs.”

Three weeks ago at Bristol Motor Speedway, Busch started the string of top-five efforts. However, he’s a five-time winner at the World’s Fastest Half-Mile and expects to run well. At Darlington Raceway, the No. 41 team ran in the top five throughout the evening, posting his best finish in the Southern 500 since 2010.

Between Bristol and Darlington, there was the final off week of the season. While Busch vacationed in the Bahamas, his race team went to work, so that they would be ready for this stretch run to Homestead.

“We poured everything into it after the off-week,” Busch said. “We did a lot of research to figure out where we were off a little bit. I’m just happy with everyone for pushing to find more. You can’t be complacent in this series. Every time I look at the scoring pylon, there are usually a couple of Toyotas ahead of us. But that [Kyle] Larson kid is good, and he won tonight and he got more bonus points.”

Busch enters the playoffs 12th on the playoff grid with the five playoff points he earned by winning Daytona. The playoffs kick off next weekend at Chicagoland Speedway where the No. 41 car finished 13th last season.