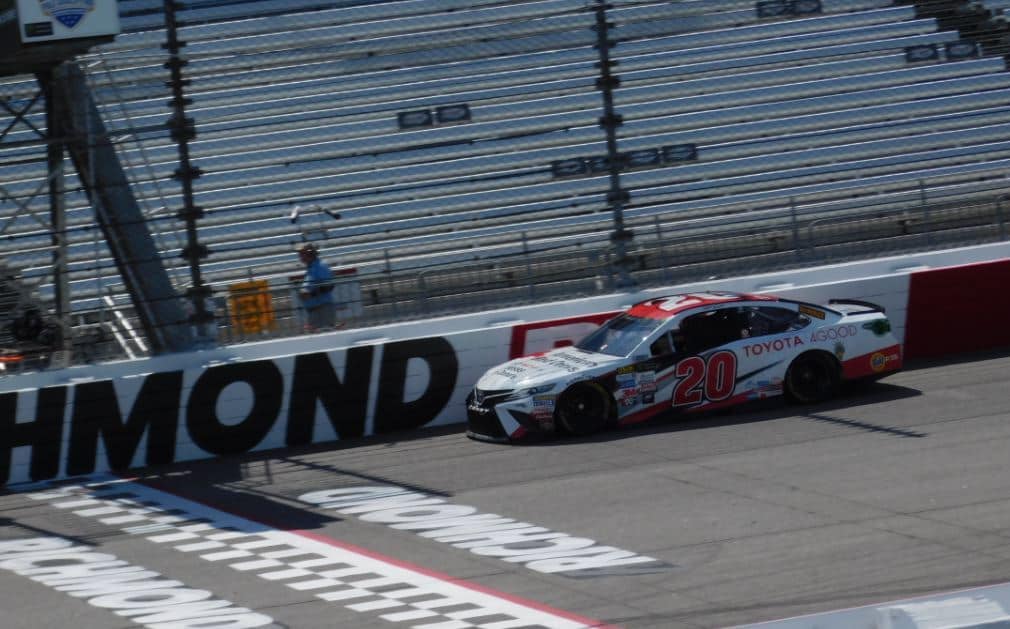 Roller coaster of a race isn’t the worst way to describe Matt Kenseth’s evening at the Richmond Raceway.

Kenseth came into the weekend in a strange predicament. If one of the 13 drivers already in the playoffs won, Kenseth would be in the playoffs. If a new playoff eligble driver won the race, however, it would have become a dogfight between Kenseth, Chase Elliott, and Jamie McMurray who all entered the race within three points of each other.

Kenseth started on the pole and led the opening 89 laps. But, as often been the case this season, bad luck prevented a stage win for the No. 20 Toyota. The car randomly began to smoke and the caution flag came out; although there was nothing wrong on the car, Kenseth got stuck on the ensuring restart behind cars that didn’t pit and he ended up fourth.

The 2003 champion hung in the top ten for the rest of the night until lap 257. Austin Dillon and Danica Patrick were racing hard and Dillon turned Patrick to bring out the caution. Pit road opened but there was an ambulance in the middle of pit road entrance. Kenseth rear-ended Clint Bowyer and, just like that, was out of the race due to damage to the cooling system.

“We just got ourselves behind there, lost some track position and weren’t where we needed to be when that happened,” Kenseth told Frontstretch following the race. “That partially contributed to it. If I were up a little bit further I wouldn’t have gotten into the accordion and got the radiator knocked out of it.”

Thanks to the freak accident, Kenseth went from having the best day of the three drivers on the bubble to being in the catbird seat. He could only watch and hope that Joey Logano or future successor Erik Jones didn’t end the night in victory lane. One positive- thanks to his strong results in stage one and two, Kenseth would have been ahead on regular season points if trouble had came to either Elliott or McMurray. With that in mind and a regular season with stages behind him, what did the former champion think of this format?

“It doesn’t really matter much to me,” Kenseth put simply. “I like knowing when the cautions are going to be. I’ve been in so many different formats, they have their pluses and minuses. Most people seem to like this, that’s fine with me.”

Thankfully for Kenseth, Kyle Larson ended up winning the race and thus the Wisconsin driver secured his spot in the 2017 NASCAR playoffs. Now that he’s in, what does he think will be his chances in the playoffs this season?

“One in sixteen,” the veteran driver said with a smirk.