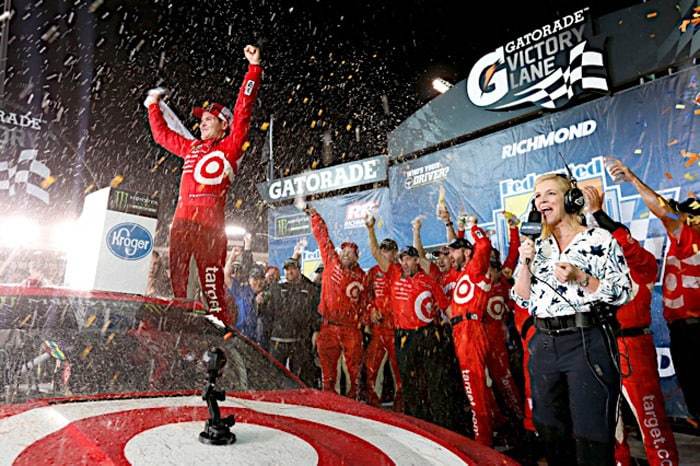 After a terrible qualifying day for Richard Childress Racing, where all three Chevrolets didn’t make it out of the first round, the organization wasn’t expected to perform well during the race. But in spite of only having an average running position of 14th throughout the night and an early speeding penalty, Ryan Newman persevered, stealing a third-place finish at the end of the night.

Newman led at the start of the second stage by staying out under caution, but couldn’t hold his position and dropped down the running order. After the second stage stayed green the entire way, Newman was 10th and earned some stage points in spite of having 13-lap older tires than the rest of the field.

It’s a good sign of momentum for the No. 31 team, as they try to win RCR its first championship in 23 years in the playoffs.

“We’ll continue to work at it, get our cars better, and get our pit stops better,” Newman said post-race. “I have to improve by qualifying better. It takes everything. Finishing third and having four top-10 finishes in the last five races has been a a good streak for us, but you’ve got to win.

“We’ve got to put ourselves in position to win a race to get that guaranteed bye to the next round in the playoffs.”

Why was there an ambulance even on the racetrack to begin with? The caution came out for Danica Patrick’s spin in Turn 1, where she didn’t hit anything and drove away. Those of us there at the track didn’t see a reason for it. There was no need for one to even be on the racetrack, never mind it stopping at the worst possible spot. NASCAR made a boneheaded decision this weekend, one that it needs to avoid making over the next next two months.

Of course, that wasn’t the only mistake in the race.

In 20 years will look back at this on Racing Reference and think "Man, somebody was smoking a few too many joints" #NASCAR pic.twitter.com/lBbm7vq5nn

The Derrike Cope caution with three laps to go was pretty bad, too. NASCAR needs to get more aggressive on minimum speed rules and get these slow cars that have no reason to be out there before they screw up the finish. If a car can’t make it 20 laps without getting lapped by the leader, they shouldn’t be out on the track unless they can find some speed.

But maybe the worst idea of the night I saw on Twitter were people, including those in the media, suggesting that NASCAR should add Matt Kenseth to the playoffs ala Jeff Gordon in 2013 due to the whole incident being NASCARs fault. First and foremost, there are already way too many drivers in the playoffs as it is. To add a 17th driver to the playoffs would dilute the field even more.

Second, making a last minute change like that is about the last thing this sport needs. Constant changes to the rules have made a system that’s not to complex when looking at it on paper to a nightmare to follow for fans due to near yearly format changes.

Finally… too bad, so sad. Kenseth had 25 races to win or to gain enough points where this wouldn’t have been an issue. The rules are the rules, NASCAR needs to stop breaking them and start following them. If a meteor had hit the No. 24 car and Joey Logano won the race instead of finishing second, would that mean Chase Elliott should make the playoffs then?

This may seem like it’s irrelevant because the scenario to set this up didn’t happen. But the fact that this conversation even had a chance of happening speaks volumes to how flimsy a foundation the NASCAR playoffs are built off of. Consistent rule enforcement and no fundamental changes to the format for the foreseeable future will be the only way NASCAR fixes this problem.

But hey, at least that $30 million renovation Richmond has going on looks nice. Too bad the cut-off race is Indianapolis next year, because of course it is. 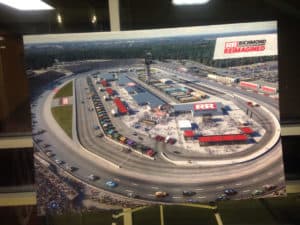 Where… did the defending race winner and the pole-sitter end up?

After starting from the front row, Hamlin ran in the top three positions until the first caution flew on lap 34. With a bad pit stop and horrendous restart, the No. 11 car was mired back in traffic, dropping as low as 17th. Playing a different pit strategy and having a superb final restart the hometown driver finished fifth.

Kenseth almost won the first stage but didn’t due to getting behind slow cars that didn’t pit on the final restart of the stage. He ran in the top five for the rest of the night before the ambulance fiasco took the radiator out of the car, and he ended up 38th in the race as the car didn’t beat the five minute damage clock in repairs.

Truex had the victory in sight before the late Cope caution. On the ensuring pit stop, Kyle Larson beat Truex off pit road and the No. 78 car wouldn’t have caught Larson even if Hamlin hadn’t of made contact on the last lap.

It was yet another race win Truex choked away. The last two races of the regular season, the No. 78 car was in a position to win late in the going but just couldn’t seal the deal. Instead of starting the playoffs with 63 playoff points, Truex will begin with 53. That 10 point difference could be a huge deal come the three cut-off races in the playoffs.

For Larson, it was a statement win. He had been fast at most racetracks this past year but had only won at the 2-mile speedways in Fontana and Michigan before this weekend. Now that Larson has broken that 2-mile ceiling, expect him to start winning at even more different kinds of racetracks.

Was… this race a “failure” for Joey Logano?

It was so close, yet so far away for Logano. The Team Penske driver entered this weekend needing a win to make the playoffs, saying Friday morning that, “second place is a failure”.

Logano has struggled since his encumbered win in the spring at Richmond. He had finished in the top six in eight of the first nine races. Then, following that Richmond win, he had just two top six finishes since and had only led 17 laps during that same time period of 16 races.

Saturday, Logano had his best finish of the year since winning at Richmond, finishing second in NASCAR Overtime. But as he said at the start of the weekend, second was a failure, and he’ll have to wait until 2018 before he can compete for a championship again.

“We came into the weekend saying second would be a failure and we finished second, so one spot short,” Logano told Ford PR after the race. “But, overall, I’m proud of this team. We came in here with the pressure on us and we executed the best we could… We just came up a little bit short there at the end….

So my pick to win the championship in January was Jones. Why? Because that Jones boy is a quick learner. He won a Truck Series championship in his first season and came close to repeating the feat in his first XFINITY Series season. I figured that he’d become more and more competitive as the season went on and the series started going back to racetracks a second time before winning at either Richmond or Bristol to get in.

Alas, it was not the case. While Jones’ performance has stepped up significantly in the past couple of months, he didn’t win and failed to make the playoffs.

Because of that, this was the first season I decided to fill out a playoff grid as my pick to win the championship (Hamlin in ’14, Logano in ’15, Larson in ’16) were already in and thus didn’t feel a need to fill one in. The results of this experiment can be found below:

My playoff grid for this season. Original graphic from NASCAR's Facebook page pic.twitter.com/2YIPXrsr3z

So if the commitment line rule was waived for the ambulance issue, why wasn’t the 5 minute repair rule for Kenseth waived? Maybe they couldn’t have fixed it anyway but the rule should have been waived. Consistency NASCAR.

just a comment on little lord fountleroy – Austin “snowflake” Dillon – he deliberately spun Danica after she had just passed him… she had the better car all night and had passed him before… I guess the panties got way too tight so he had a hissy fit and spun her… Kevin Harvick was absolutely right about the silver spoon… Austin should wear a bonnet, not a cowboy hat.