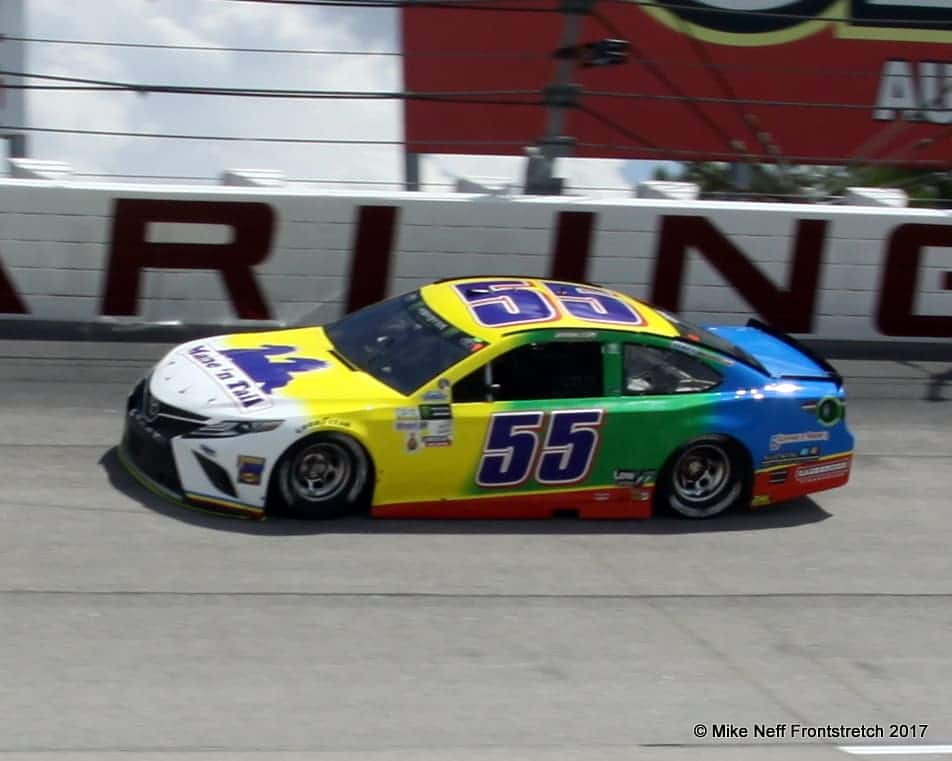 Cope has competed in 13 races this season for Premium in both the Nos. 55 and 15 Chevrolets, completing 86 percent of laps run. His average finish is 35th. His best finish this season is 31st (twice).

“I’m thankful to (team owner) Jay Robinson and the folks at Premium for the opportunity they have given me this season to return to the Cup Series, but the timing is right to pursue other opportunities,” Cope said in a team release.

After Tommy Baldwin was hired on at Premium last week, Robinson said that more changes to the organization were coming in the ensuing weeks.

The team release also stated that plans for Cope’s 2017 and 2018 plans will be announced “in the coming weeks.”

In over 30 years and 422 starts in the Monster Energy NASCAR Cup Series, Cope has amassed two victories, six top fives and 32 top 10s, with both wins coming in 1990 — one of which being the Daytona 500.

Please retire, you back markers screw it up all the time…seems as if on purpose. All I think of with these guys is the Ricky Bobby movie and the guy in the walkie-talkie telling CAL to take HIM OUT!

Don’t worry there be several less after this year, and that trend will continue until they are all gone.