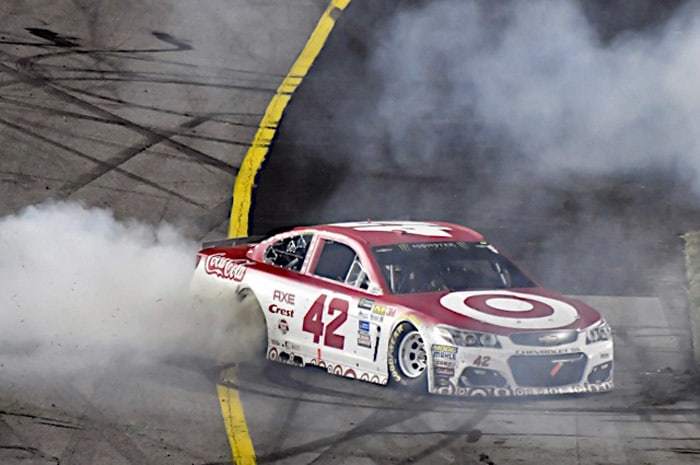 This weekend marked the final opportunity for the Monster Energy NASCAR Cup Series drivers to earn their shot at the playoffs. 13 drivers arrived at Richmond Raceway with a win (well, the unencumbered kind), which left three more nervously hanging on to the top 16. The final three were far enough ahead in points to ensure their only downfall would be if the win went to a driver who hadn’t won yet in 2017.

Thankfully for them, that didn’t happen. Due to a, shall we say, questionable caution flag late, Kyle Larson was able to get the lead from Martin Truex, Jr. and pick up his fourth win of the season. The victory was also his first on a track that isn’t a two-mile oval. Things only got worse for Truex from there, but he did pick up the title of regular season champion. It didn’t seem to matter too much to him post race. Truex and the No. 78 team were one of a few who felt victimized by a controversial decision from NASCAR officials on Saturday night.

Our contributors often find themselves wrapped up in their own fair share of controversy. Lucky for them, it rarely involves an ambulance. After all, they did manage to compile the power rankings without anyone getting hurt. So did we properly sort out where everyone stands following the final race of the regular season? Or did we simply add to the lengthy list of controversies from the weekend? You decide.