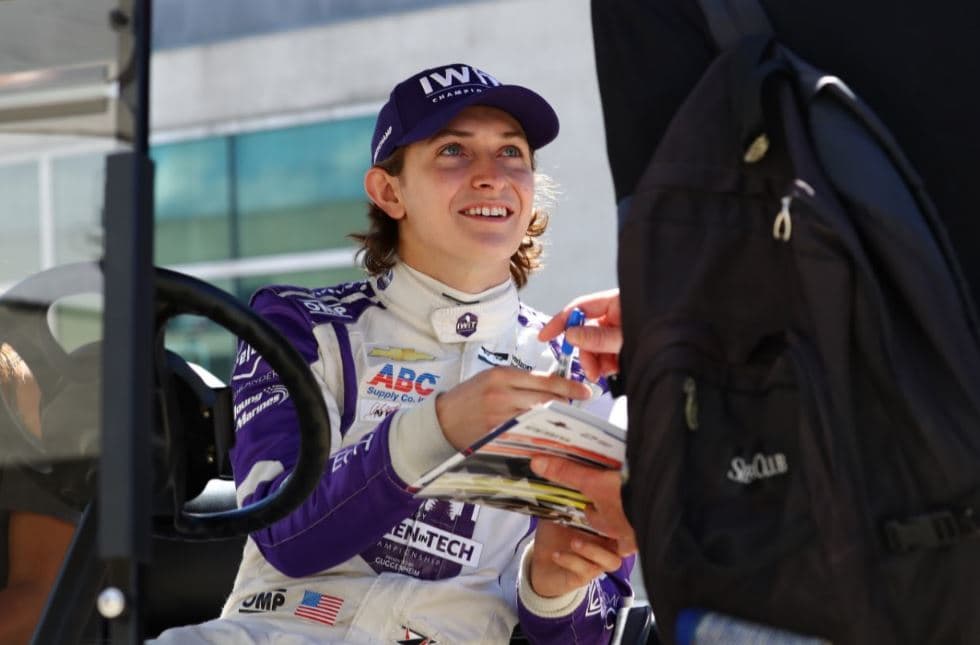 Two pieces of the Verizon IndyCar Series’ Silly Season puzzle have been put into place this week as Zach Veach and Spencer Pigot announced full-time rides for 2018.

Veach, who ran two races this season — including the 101st Indianapolis 500, will compete with Andretti Autosport in the No. 26 Honda. He’ll replace Takuma Sato, who won the Indy 500 in May.

“I’ve been thinking about this day since St. Petersburg in 2010 when I sat beside (team owner and CEO) Michael Andretti announcing that I’d be competing in USF2000 for his team,’’ Veach said on IndyCar’s official website. “To be driving in the Verizon IndyCar Series with them is a dream come true.”

After speculation that Andretti would leave Honda for Chevrolet ended, the team signed Alexander Rossi to an extension earlier this month. The organization now has its four-team lineup set for 2018 with Veach, Rossi, Ryan Hunter-Reay and Marco Andretti.

“We are excited to give Zach the opportunity to show what he can do at the highest level, and I’m looking forward to welcoming him home, so to speak, as he completes our all-American lineup,” Andretti said. “Zach works hard, and he takes something away from every time he’s in the car — he’s constantly improving. He’s put the effort in, found success at every level, and now his dream has come full circle.”

Pigot, who competed part-time for Ed Carpenter Racing the last two seasons, will move into a starting role with the team next year. The 2015 Indy Lights champion will replace JR Hildebrand in the No. 21 Chevrolet.

Team owner Ed Carpenter and Pigot have shared driving duties in the No. 20 since 2015, with Pigot racing on the road and street courses. He’s also run the last two Indy 500s with Rahal Letterman Lanigan Racing in 2016 and Juncos Racing this year.

“It’s nice to know that they believe in me and I can provide them with the results that they want,” Pigot said. “There’s no other team I want to be with right now. I definitely enjoy working with ECR and I was really hoping I would get to continue with this team.”

There’s no word on Hildebrand’s plans beyond this weekend’s season finale at Sonoma Raceway, but Sato will be joining the Honda-powered RLL Racing team for 2018.

When the rumors swirled about Andretti and Chevrolet, Sato began negotiating with other IndyCar teams. He’s exclusive to Honda, meaning he couldn’t drive for Andretti again if they switched manufacturers.

He’ll be in a second entry for RLL Racing. The team currently fields one full-time car with Graham Rahal in the No. 15. It also ran the No. 16 with Oriol Servia three times this year.

According to the IndyStar, Sato and his manager, Steve Fusket, cannot contractually discuss 2018 plans until after Sonoma. But Michael Andretti said the Sato-RLL Racing deal is “done.”