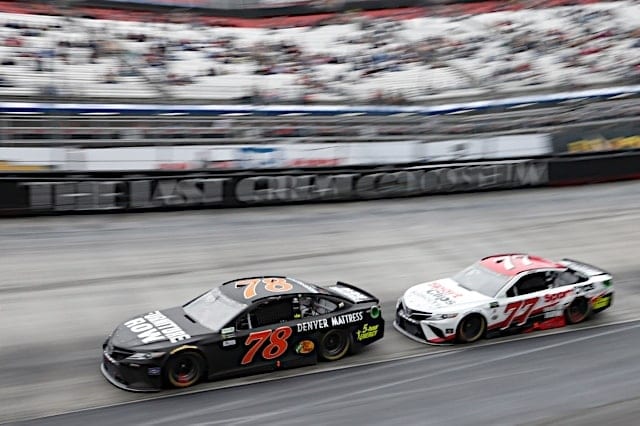 After months of speculation on whether or not Furniture Row Racing would remain a two-car operation in 2018, team owner, Barney Visser confirmed that it will field just one car next season.

On Thursday night’s Sirius XM NASCAR Radio show “Dialed In,” Visser admitted to selling the charter of the No. 77 car, driven in 2017 by Erik Jones. In early July, Joe Gibbs Racing announced it had signed on the 21-year-old to fill the shoes of 2003 Monster Energy NASCAR Cup Series champion Matt Kenseth.

“It’s being sold right now, but we think there are going to be a lot of charters on the market,” Visser said on “Dialed In.” “For now, we’re not going to try to run the thing. I just don’t want to run a place-holder in a charter kind of race car.

“I just don’t want to do that. That’s not in our DNA and I don’t want to put guys through that. If we put the car on the track, it’s going to be capable of going to the front.”

Visser declined to comment on what organization he sold the No. 77 charter to. Believing there will be charters available, the 13-year car owner is confident he could purchase a second charter if he wanted to go back to two full-time teams.

2017 was the first season the company fielded two race teams. Though missing the playoffs, the No. 77 crew is one of the hottest teams in the sport, scoring top-10 finishes in each of the last six races.

Martin Truex Jr., driver of Furniture Row Racing’s No. 78 machine, heads into the playoffs as the championship leader with 53 playoff points. The postseason kicks off this Sunday at Chicagoland Speedway, where Truex is the defending winner.

Says a bit doesn’t it, when he says he expects several charters to be available.

The charters must have been another of Brian’s brilliant ideas to improve the product.

Actually the charters only function imho is to force anyone wanting to get involved, in a major way at least, to buy into an existing team rather than start a new one.

But the 2nd furniture row car was just a way for Gibbs to circumvent the 4 car rule. As soon as he culled the herd down and didn’t need it goodbye.

Problem is there arent a lot of people lining up to invest in Nascar now. And that isn’t going to change at least not in the near term.