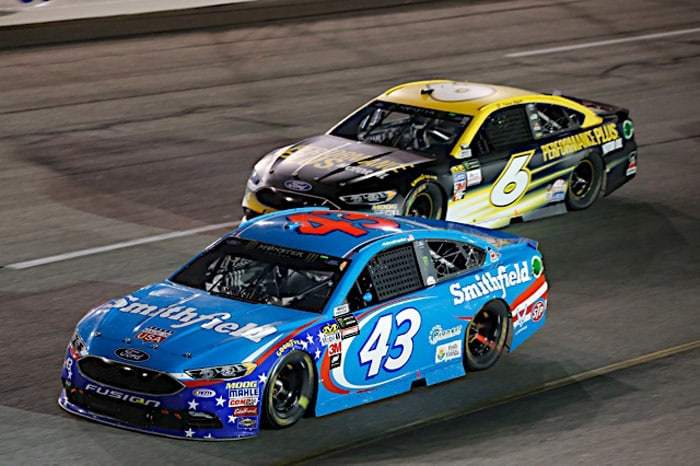 There’s a whole bunch going on in the NASCAR world this week, and much of it leaves the sport looking like, from an outsider’s perspective, it’s in upheaval.  Perhaps that is the case.  But perhaps it’s not.  The notion of things being in a constant state of crisis is one that has proliferated in many different circles over the past couple decades.  Much of the logic behind it is based on the notion that if everything is in fine running order, nothing needs be done.  But situating things under the pretense of crisis brings alarm, concern and action with the hope that whatever it is will be fixed or solved.

How to view this week.

Officiating at the Richmond Cup race this past weekend resembled a bunch of clowns playing checkers with a bunch of peacocks – bright colors and incompetent decisions all around.  Our Tom Bowles addressed the matter and pointed ways to go forward.  The thing is, bad officiating isn’t a new issue in the sport and has been a problem for years and still little has been done.  Perhaps now is the time.

Then there’s the driver merry-go-round known as silly season.  So many drivers are out of rides and sponsorship appears hard to come by. Who’s going to get a ride?  Where’s the money going to come from?  Richard Petty Motorsports is finished… or maybe not.

2-Headed Monster: Is the End Coming for Richard Petty Motorsports?

These notions just provide a snapshot of what’s been owning the headlines.  But as usual, NASCAR will continue in its own theatrical way.

Happiness Is… Time.  Some theories on time see the clock as a capitalistic invention that is meant to control, making us live our lives in scripted manners under corporate dictation.  Philosophical interactions with time depict it as a malleable force that is shaped by our perspectives and expectations.  Whatever.

But the thing to consider with time is that it is always rolling and along with it all sorts of changes.  The sport of NASCAR has gone through all sorts of changes and continues to roll along.  The discourse wandering through the ether about the end of Richard Petty Motorsports or driver’s careers is just a way of cleaning the slate.

Perhaps all of this upheaval serves as a way to re-examine how things should be run in the sport (with the noted idea that teams should get more of the TV money).  But maybe there’s other outdated aspects, like the engine displacement, or how technology is incorporated the cars, or actually using the big brains of all these engineers in the sport to make it so that cars can actually pass each other… sometimes.  Perhaps this is actually a good time for the sport.

Happiness Is… Lights.  In the NASCAR world, running under the lights is a common occurrence, though one that has become less standard over the past few years.  Even IndyCar plays around under the artificial illumination at times.  And, of course, many short tracks also run their events under electric candles for fun.  But one series that races almost specifically under el sol is Formula 1.

Such typical racing conditions is what makes this week’s race in F1 so entertaining and fascinating as the series heads to Singapore.  As the locale is close to the equator, racing during the day is considered troubling – both for the drivers and fans.

Held since 2008, the race features lights specially designed for the track.  Sebastian Vettel leads all drivers with four wins at the track having last won in 2015.  That means that with his rejuvenated Ferrari that he should be quite the capable adversary for Lewis Hamilton.

One of the big reasons to tune in is that there is uncertainty surrounding the race going forward.  The event has not been renewed for 2018, which means that this night race could be the last for the series for a while.  That is not a forecast but concern.  The Pacific market is one that has been in flux for years now and it’s difficult to discern whether there is enough local interest to keep the event on the calendar.  Just for spectacle’s sake, let’s hope so.

Happiness Is… Packed.  Sure, college and pro football are back owning the sports headlines but this weekend is a huge one that is packed to the proverbial gills.  For NASCAR there’s an interesting mix of things for the sport overall.  The Trucks and XFINITY series visit Chicagoland to close out their regular seasons.  The pressure of making the playoffs may prove more interesting than the lack of strategic calls the Cup Series saw at Richmond.  These are drivers that should be desperate to prove themselves in the process of making their way in the sport.  The Cup Series follows at the same track as they open the playoffs

While the F1 race has been mentioned, the IndyCar series will race for the championship at Sonoma Raceway.  The battle between four drivers is tight but the contest between leader Josef Newgarden and Scott Dixon is one separated by just three points.  That’s barely a position on the track.  It’s also an interesting battle between youthful exuberance and a stealth veteran who never seems to be out of any race or any season.  Newgarden’s first season with Penske has been top notch but whether he can hold off Dixon and his steady unrelenting pursuit will be worth watching.

This certainly is a time where if positive change is going to come to Nascar it appears that it will have to be in the near future. However I wonder is there enough of a consensus on where they want it to go. Its likely that the manufacturers want it to go in one direction, TV another, while Nascar and the teams want to make as few changes as possible, thereby not disrupting the cash flow.

However they are not the only series in flux, F1 is having its own issues with costs, trying to morph from the Bernie model to whatever Liberty envisions. It seems likely that only one of the two will get it right, but which one will it be.