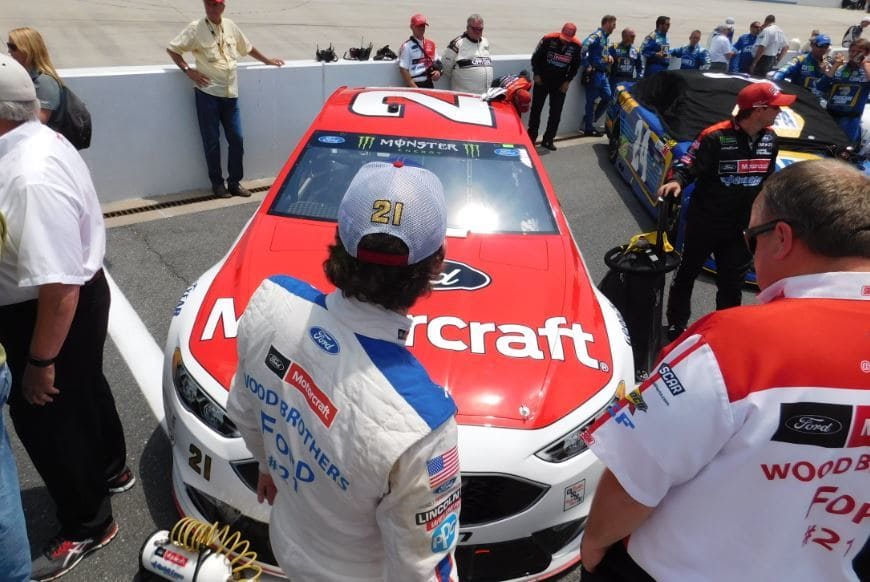 Last weekend at Richmond Raceway, NASCAR set the field for the annual Monster Energy NASCAR Cup Series playoffs with a lineup of drivers that consisted of 2017 race winners and three drivers who pointed their way in.

All 16 drivers had a regular season that made them worthy of making the playoffs, but only one can be champion.

Through the four rounds, there will be drivers who will rise to occasion. However, the one who manipulates the playoff point system will ultimately win the championship in November. All the while, the list of those eliminated will grow bigger and bigger.

From playoff veterans to rookies, no one is safe, but should you dominate a round you should be safe, as the newly minted playoff points will be crucial.

There are certain drivers that I think will rise above and make a name for themselves. Here are five drivers who will stand out in the playoffs.

Austin Dillon won earlier this season at the Charlotte Motor Speedway to earn his spot in the playoffs. The fuel strategy game played into the No. 3 team’s hands in the end, and Dillon was on the winning side of the equation. The victory left Dillon with the opportunity to not have the weight on his shoulders during the season unless the regular season spawned more than 16 different winners, and it didn’t. Dillon said after the race Saturday night in Richmond that he feels his team needs to be more aggressive and that he loves all three first-round tracks, but when the team looks at Round No. 2, Charlotte is circled.

Dillon has experience in the playoffs after making it by points last season. The experience has to help the Lewisville, North Carolina native, especially when two drivers (Ryan Blaney and Ricky Stenhouse Jr.) are rookies to the whole playoffs deal. The experience is also what puts Dillon on this list, because we have seen what the No. 3 team can do in this situation. Last season Dillon made it all the way to the playoffs and just barely missed moving on to the third round by just a few positions on the track.

His average finish in last year’s playoffs was 19th, which will need to be improved, especially to make it past the second round, but you also have to look at the 37th-place finish that the team suffered at the hands of Kevin Harvick in an incident at Texas Motor Speedway. Should the team pull off a victory in the second round, the third round will be the biggest concern for Dillon, as it was his worst round of 2016.

This rookie is looking to do something no other driver has ever done for the Wood Brothers: win a drivers championship, something the team hasn’t accomplished in its 64-year history. With the team locked into the playoffs, Ryan Blaney is just four steps away from delivering that elusive championship. Blaney earned his spot in the playoffs with his first-career victory at Pocono Raceway back in June and has had a roller coaster season since. In the statistics department, Blaney has tied his number of top 10s and top fives from 2016 and earned his first career pole earlier this season at Kansas.

Blaney said New Hampshire Motor Speedway is his biggest worry, while he’s had strong runs at Chicagoland Speedway and Dover International Speedway in the past. A mechanical issue at Dover earlier this year is on his mind, but he and his team hope to move on to the second round, which holds three of Blaney’s strongest tracks. If he makes it past Round No. 2, Texas has to be circled being as the team dominated there in the spring. He led 148 laps, and should he be able to finish it off, it’ll send him to Homestead to compete in the final four.

His average finish of 17.5 in the final 10 races is why he’s higher on the charts than Dillon. His worst finish came at Dover, where he finished 38th after making hard impact with the outside wall. The difference is that Blaney didn’t have a DNF throughout the final 10 races, despite having three finishes outside the top 20.

Jimmie Johnson has been in a bit of a slump lately, but if anyone knows how to use the system to his advantage, it’s the seven-time champion. He has finished inside the top 10 in points every year but one since his first full-time season back in 2002, but statistically this season has been one of his worst. Johnson only has three top fives and eight top 10s this season, but having three victories seeds him fifth in the pre-playoffs standings, which can be a good thing, especially since Johnson and his team are approaching their peak section of the season.

Johnson is the seasoned veteran when it comes to the playoffs, as he’s competed in every single one of them. Johnson has seen both ups and downs while also winning seven championships. His experience in the playoffs will ultimately pay off, especially since he’s finished on the stage at the end of the season, but he has also found himself eliminated after the first round.

His average finish in the final 10 last season, when he earned his seventh championship, was an 11th. He had only one DNF through the whole final races and with three victories, that one DNF was majorly irrelevant. A victory at Martinsville Speedway sent the No. 48 to Homestead, and should he find another clock, he could be in the conversation to repeat.

The series’ most recent winner after he and his pit crew landed the victory last weekend at Richmond, this has been the time of the year the last two seasons that Kyle Larson began to step up his game. If you look at last season, Larson got that first win out of the way at Michigan International Speedway and followed it up with a third-place finish at Darlington Speedway and a second at Richmond. The negative to last season is that once the playoffs began, Larson’s strong run came to an end, and it ultimately eliminated the No. 42 team from the playoffs after the first round.

This season has been one for the record books for Larson and Chip Ganassi Racing, earning four victories so far this season, the most for the organization. Larson has put CGR back on the relevant list after so many seasons of just falling outside expectations. The combination of a practically flawless season and four victories put Larson in this conversation, and it could land the organization with its first title in the Cup Series.

Larson has certainly shown he’s a championship contender this season, but the mistakes must be kept at a minimum, so there must not be any repeats of last season’s early-playoffs woes.

Martin Truex Jr. has been on fire since the start of the 2015 season, and this season has been marked by domination by winning four races en route to the regular season championship along with a bevy of stage wins. Last season, Truex made it all the way to the second round before an engine failure at Talladega ended his run for the championship. Truex had a strong first round last season and should dominate this year’s first round, using playoff and stage points to his advantage.

Truex enters the playoffs as the favorite to win the overall championship, after winning the regular season championship, but after the last few weekends the worry has to be that can the team finish a race with the lead. Truex dominated at Darlington Speedway before a flat tire relegated the team to finishing eighth and then last weekend he got turned by Denny Hamlin and going into the outside wall, bringing the No. 78 home in the 20th spot after leading 198 laps.

If he can avoid those kinds of mistakes and bad luck, it seems like it’s his championship to lose.