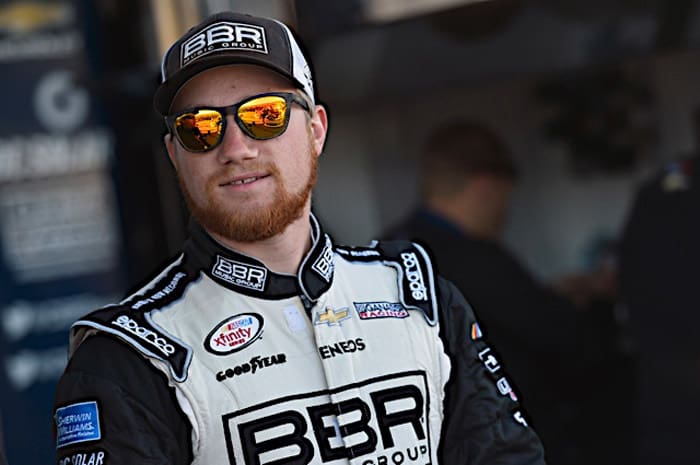 After a season running part-time in the NASCAR XFINITY Series, Tyler Reddick will be back to full-time competition in 2018.

JR Motorsports announced Thursday (Sept. 14) that Reddick will drive one of the team’s four full-time cars in the XFINITY Series next year. The signing currently comes as a multi-year agreement.

The car number, crew chief or sponsor(s) for Reddick has not been announced.

“This is an amazing opportunity for me,” Reddick said in a team statement. “Having the chance to race full-time with an organization like JR Motorsports is something I’ve worked toward my entire life. It’s a thrill to be joining such an accomplished group of teammates in going after a championship next year.”

Added Kelley Earnhardt-Miller, JRM general manager: “Tyler is a very talented racecar driver and someone we’ve enjoyed watching over the years. We’ve seen him make a lot of strides in the short time he’s been in the XFINITY Series. He’s a strong complement to our driver lineup next season, and we’re confident that with consistent seat time he’ll find additional success at this level.”

The release also seemed to indicate that Elliott Sadler, Justin Allgaier and Michael Annett will all be back in their full-time capacities with the team in 2018, meaning Reddick would be taking over for the departing William Byron, who moves to the Monster Energy NASCAR Cup Series to drive Hendrick Motorsports’ No. 24.

Reddick has competed in 14 XFINITY races in 2017 for Chip Ganassi Racing, scoring a top five and three top 10s. Previously, he ran at Brad Keselowski Racing in the Camping World Truck Series, winning three races between 2015 and 2016 and finishing second in the 2015 points.