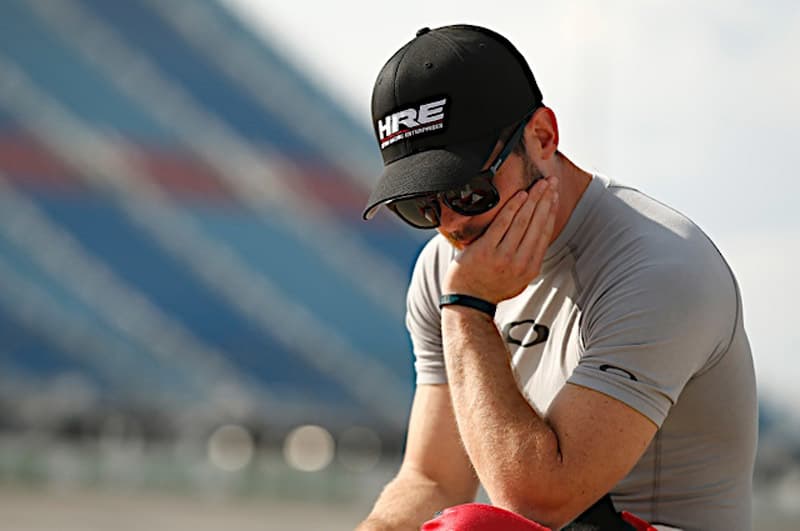 Ryan Truex could see his berth to the 2017 NASCAR Camping World Truck Series playoffs right in front of him. But it just wasn’t meant to be.

The Mayetta, NJ native had Ben Rhodes, who he was battling all evening long for the eighth and final playoff spot, in his sights on the final green flag run of the race. All he needed was one more point to get into the postseason, but Truex and Rhodes finished tied for the spot, with the tiebreaker going to Rhodes.

The tiebreaker came by virtue of Rhodes’ second-place result at Pocono Raceway. Truex finished third in that event, a mere quarter of a second behind Rhodes’ No. 27 ThorSport Toyota.

“It’s tough, but it’s racing,” Truex said on pit road to FS1 following his top five run in the TheHouse.com 225 from Chicagoland Speedway. “We did everything we could do aside from win. We just didn’t have the speed that the No. 4 (Bell), No. 29 (Briscoe) or the No. 21 (Sauter) had. I was good on restarts, I could get going on restarts. I felt like that was my best shot, so I was really, really aggressive on restarts and made to three wise as much as I could, just try to get track position.”

The two were close to each other on track for the duration of the event, and there were some points where Truex had the upper hand and spot in the postseason. Rhodes was penalized for an uncontrolled tire and was forced to restart at the rear. After he worked his way back up front, he wound up sustaining minor damage after contact with Matt Crafton.

But unfortunately for Truex, fourth wasn’t going to cut it.

“I had a feeling it would come down to this,” Truex said. “It’s been so close this whole year. And it’s tough because if you go back and look at times we’ve had things happen out of our control. If that wouldn’t have happened we wouldn’t be here, but a lot of guys can say that. So we’ll just keep plugging along. If we keep running top five like this, we’re eventually going to get a win.”

The finish was Truex’s sixth top-five and 10th top-10 finish of this season.

Gave it my all on the track tonight.. still a lot to be proud of. We still have some races to try to win @Hattori_Racing @ToyotaRacing

Next up for Truex and his No. 16 Hattori Racing team is New Hampshire Motor Speedway. Although they won’t be competing for the championship, they’ll look to find Victory Lane for the first time and earn their third straight top-five result.

Awwweee…so sad…not. Maybe he had his nasty whiny brother can convince TOYS to withhold a check to Brian..(t is like crack to Brain)..and presto the nasty little brother..(given more chances than anyone like his brother), will be in like flint.