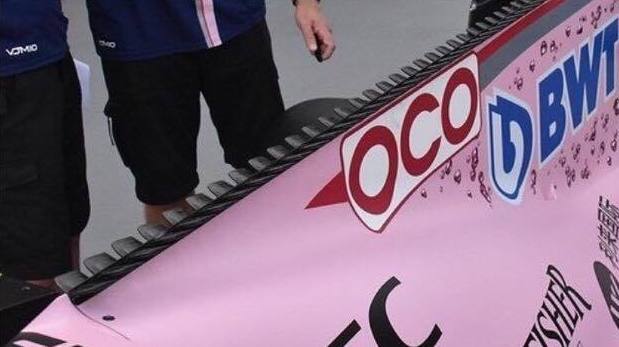 This week the sport of Formula 1 returns for its tenth running of the Singapore Grand Prix under the lights.  The street course provides interesting theater while also being a track that favors neither Mercedes or Ferrari.  To be clear, Mercedes has excelled on every track over the past four years, but this track is one where they have succeeded least.

Any kind of shuffling at the top would be welcomed for changing up the frequent narrative of the sport.  Daniel Ricciardo has stated that he feels like the track in Sepang plays well to Red Bull’s strengths, something he has backed up in practice.

Of course, having someone other than Lewis Hamilton or Sebastian Vettel win would also throw a bit of a kink into the driver’s championship as once the Singapore GP concludes there’ll be six races left to run.  With Hamilton having taken over since the break, it appears that things are tilting his way.

Hats off then to the notion that the Singapore GP will be one that is entertaining and perhaps brings some kind of interesting drama – though one would prefer it not to be like Renault’s manipulation of the race with Fernando Alonso in 2008.

– The Singapore Grand Prix had been in a state of flux.  While some rumors posited that the race might not continue, as it was place on the 2018 only in a provisional manner, that is no longer the case.  The organizers have signed a deal that will continue the race for another four years.

Keeping the race on the schedule may not seem mission critical as the Malaysian Grand Prix in Sepang is about 200 miles away.  Add in the Chinese, Japanese, and Russian grand prix and the sport is well represented in that region of the world (ignoring the Australian GP).  But the novelty of running the race at night continues to make it a spectacle and until another track comes to stage an event in a similar fashion that the mere uniqueness is something worth keeping it around, should the numbers work for all.

– The big news that surprised almost no one came when McLaren and Honda announced that they had finally ended their marriage.  Both parties already found new dating partners as McLaren will be teaming up with Renault next season, the first time that the two have ever paired.  This change put Renault in the position that they had to remove themselves as engine supplier from another team, leading to them dumping Toro Rosso.

With Honda looking to remain in the sport, the will slide into supplying engines for the Red Bull junior team.  The one aspect that became key to these switches (having Renault and Honda basically switch teams) was driver Carlos Sainz Jr.  Renault wanted Sainz to be able to put him with Nico Hulkenberg at their works team, feeling that the two would make a notable and marketable pairing as they focus on moving up the grid.  At one point, Renault had even gone after Daniel Ricciardo but Red Bull deemed him off limits.

– Force India debuted an interested take on aerodynamic influence in Singapore with their addition to the shark fin.  On top the fin that rests above the engine compartment, the team will be using an additional piece that looks like two sets of shark’s teeth.  The goal of the body modification is to increase downforce.

The piece that the team is introducing is a testament to the sport in the fact that innovation is constantly demonstrated.  While the additional downforce may be minimal that the team found a spot that many others had not considered is certainly interesting.  The best indication of whether or not it works is if other teams copy the part moving forward.

– The F1 Silly Season continues to unfold with a number of seats still in flux.  Valtteri Bottas secured a second season with Mercedes, meaning that things are settled there.  As Sainz will be joining Nico Hulkenberg at Renault as mentioned, that means a seat needs to be filled at Toro Rosso.  There are two names circulating for that spot, with Pierre Gasly being a driver that’s been in the Red Bull camp while Honda may want to push for Japanese driver Nobuharu Matsushita to take it.

Then there’s some other spots.  Williams has yet to make a decision as to whether or not to bring back Felipe Massa for what would surely be his final season in the series.  One rumor may put Robert Kubica in the ride as he has been released by Renault.  In addition, Alonso has yet to confirm that he will be back with McLaren – even if almost everyone anticipates that being the case.

Picking a race winner in F1 over the past few seasons has often revolved around choosing which Mercedes driver one might favor thus negating much of the drama that should be included in what should be a quixotic quest.  This season has proved somewhat more challenging but the only difference is adding Sebastian Vettel to the mix.  Rather than pick a winner, the goal here is to pick a driver who may surprise.

This week’s driver to watch is Stoffel Vandoorne.  While the aforementioned Sainz may have been a choice as he’s likely energized by his prospects in the future, and Nico Hulkenberg would not be a bad choice, Vandoorne and McLaren seem to be finding some small bit of a groove.  His sixth-place spot in FP2 looked encouraging and the fact that McLaren will not be facing any engine penalties to start the race should push for Vandoorne to finish in the points.

The Singapore Grand Prix came to fruition in 1961 as the Orient Grand Prix.  Subsequent iterations were called the Malaysian Grand Prix, until 1965 when Singapore earned its independence.  A 35-year gap divided the running of the race beginning in 1973.  Negotiations to hold the race again began in 2006 with Formula 1 going lights out in 2008 in what was the sport’s first night race.  The street circuit is the slowest track on the F1 calendar and features 23 turns and is 3.14 miles in length.  The humid conditions mean that the temperatures in the cockpit can often reach 140 degrees, while running at night also provides a different challenge – aspects that have contributed, along with the tight confines, to the safety car making an appearance in every race thus far.  Nico Rosberg won the race last year, while Sebastian Vettel leads all drivers with 4 victories at the track.

And further during practice and the first two rounds of qualifying has had Red Bull, with their often maligned Renault (aka Tag Heuer) engines leading the field> Ferrari managed to lose the plot in practice but recovered in qualifying. Ought to be an exciting show to watch.

As for the McLaren/Honda drama who will be the winner? Ron Dennis determined several years ago that having to be a customer engine user would not get them more world champonships. The current management has reversed course and chosen to abandon exclusive use of the Honda engine in favor of the Renault which is deemed more reliable. Which course will be proven to be correct?
In my opinion, Honda and their new partners will be the long term winners.