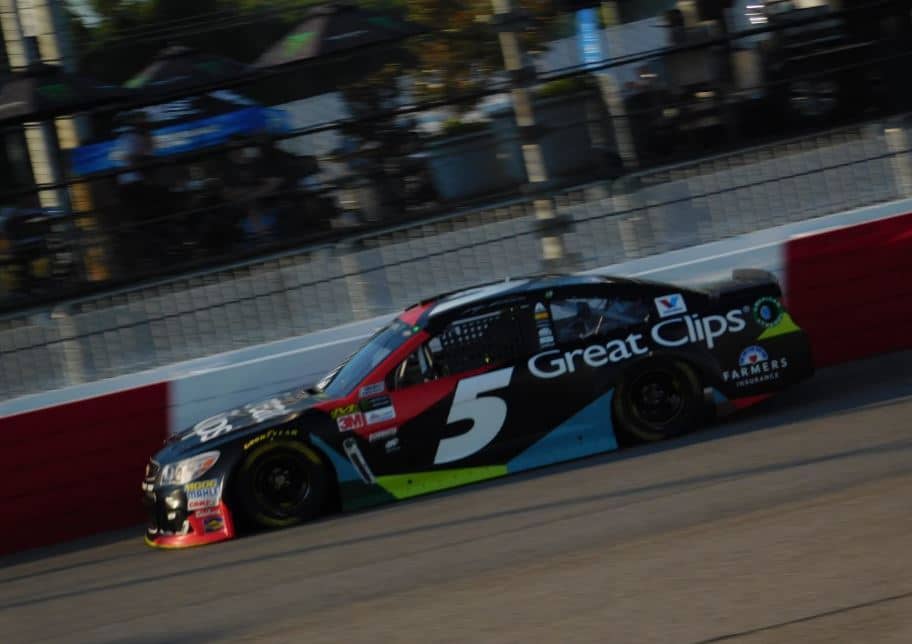 Kasey Kahne will have a championship-winning crew chief calling the shots for the rest of 2017.

Hendrick Motorsports announced in a press release on Monday afternoon (Sept. 18) that Darian Grubb will replace No. 5 crew chief Keith Rodden for the remaining nine races of the season.

Grubb, a Floyd, Va., native, is a 23-time winner as a Monster Energy NASCAR Cup Series crew chief, winning with drivers Jimmie Johnson, Casey Mears, Tony Stewart, Denny Hamlin and Carl Edwards. He most famously guided Stewart to his third Cup title in 2011 and won the Daytona 500 with Johnson in 2006 as a fill-in crew chief for a suspended Chad Knaus.

Grubb last served as Edwards’ crew chief in 2015. He has been serving as the vehicle production director for HMS since January 2016.

“Darian is an extremely talented and experienced crew chief,” Hendrick Motorsports president Marshall Carlson said in the release. “Having been back with us for more than 20 months, he knows all of our people and processes. There’s no one more prepared to hit the ground running at this point in the year.”

Kahne is currently one of the 16 drivers in the MENCS playoffs.

“I’m looking forward to working with the team for the rest of the season,” Grubb said. “I enjoy competing in a playoffs environment, and we have tremendous resources at Hendrick Motorsports to pull from. I’m ready to get started this weekend.”

Rodden had been Kahne’s crew chief since 2015. The pairing picked up its first and only win together earlier this season at Indianapolis Motor Speedway. Rodden has been assigned to a different role with the team.

No word on who the crew chief for the car will be next year when William Byron takes over as the driver and the team switches to the No. 24.

Bill B
Reply to  raceaddict

Did Richard Petty give Hendrick’s the #9? I know NASCAR technically owns the car numbers. Who has control of the #8? Is Teresa or Chip?