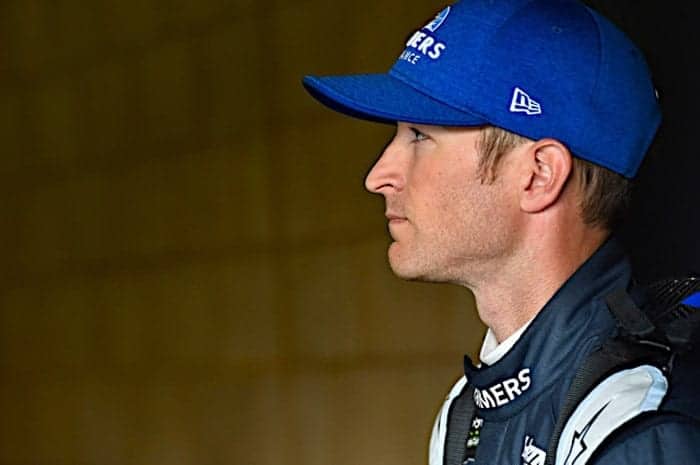 Kasey Kahne, winner of 18 Monster Energy NASCAR Cup Series races over 14 years, including this year’s Brickyard 400, will be joining Leavine Family Racing starting with the 2018 season.

Owned by Bob Leavine, LFR is a small team that is in the middle of its second full-time season in MENCS competition after five part-time seasons. The team’s headquarters is based in Texas, where Leavine owns a construction contracting company, but operates out of a race shop in Concord, N.C.

Michael McDowell is both the team’s current driver and its most successful, scoring four of the five top 10s the No. 95 team has accumulated. The team’s best finish was fourth in this year’s edition of the Daytona 500.

Kahne has driven for Hendrick Motorsports for the past six seasons, winning six races and earning four playoff appearances. But the 37-year-old has struggled with inconsistency and a general lack of speed in recent seasons, with his average finish of 20th this year being the second worst mark of his career.

LFR will continue its relationship with Richard Childress Racing next year.

It is unclear what McDowell’s status will be for the 2018 season.

I am very thankful for the 4 years we had @LFR95. I am not sure what the future holds but I know Who holds it. Excited for what is next.

Kahne was released from his contract with Hendrick Motorsports one year early, with the original deal lasting through the 2018 season. William Byron will replace Kahne at HMS starting next year.

Not the worst place Kahne could end up but not where he said he wanted to be.

Hey maybe Kasey can bring feminine Hygiene products into the sport. The “P#ssy”

KK should ask Clint Bowyer advice on what to expect with a low budget team. I expect his finishes could be about the same as they are now. With that said it might be a lateral move in the standings, point race..