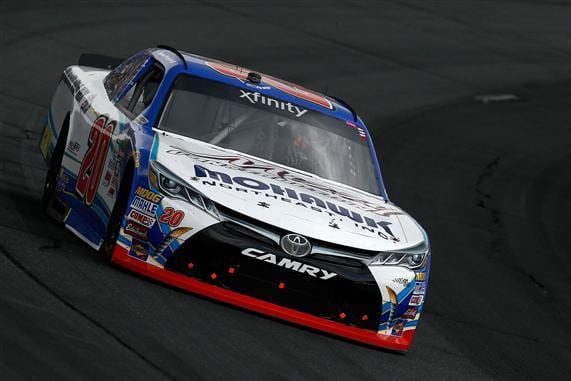 After a 26-race regular season, the XFINITY crew heads to the bluegrass state and Kentucky Speedway for the VisitMyrtleBeach.com 300 to kick off their seven-race postseason.

There are 37 cars on the preliminary list, meaning the field will not be at full capacity.

There are zero Monster Energy NASCAR Cup Series regulars in the field due to their event in New Hampshire, meaning a handful of part-time XFINITY drivers will get another shot at gracing Victory Lane.

Among them are Ben Kennedy and Brian Scott for Richard Childress Racing, Kyle Benjamin and Ryan Preece for Joe Gibbs Racing, Sam Hornish Jr. for Team Penske and Tyler Reddick for Chip Ganassi Racing. Preece has finishes of second and first in his other two races this season for JGR.

The green flag for the VisitMyrtleBeach.com 300 is scheduled to fly at approximately 8:16 p.m. ET on Saturday evening with television coverage on NBCSN. The last time this season that the XFINITY Series raced at the Sparta, Ky. oval, Kyle Busch wound up victorious. Elliott Sadler is also the defending winner of the event.