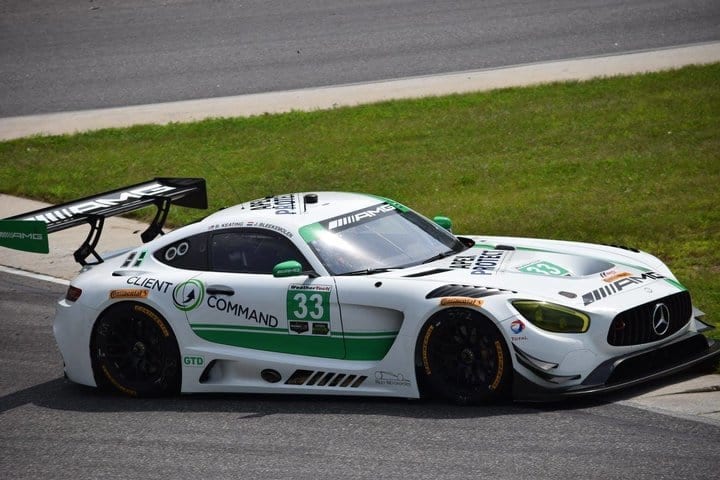 This weekend, the IMSA WeatherTech SportsCar Championship travels to Mazda Raceway Laguna Seca in California for the final sprint race of the season.  33 cars in the Prototype, GT Le Mans and GT Daytona classes will take on the 2.238-mile road course.

In the Prototype class, there are absolutely no changes from the last time they raced at Road America six weeks ago.  There are eight cars entered.  Three are Cadillac DPi-V.Rs from Action Express Racing, two more are Nissan DPis from Tequila Patron ESM.  Visit Florida Racing is back with their Ligier JS P217-Gibson despite their Daytona Beach shop (which is shared with Ben Kennedy Racing) being flooded by Hurricane Irma.

Olivier Pla is back in the No. 52 Ligier for PR1/Mathiasen Motorsports alongside José Gutierrez for another go-around.  Finally, the sole ORECA 07-Gibson in the field for JDC/Miller MotorSports is back with the usual pairing of Misha Goikhberg and Stephen Simpson.

In GT Le Mans, there are no changes.  The same nine teams and driver lineups from VIR will be on-track this weekend.

GT Daytona sees one change.  Ben Keating will be back behind the wheel of the Client Command-sponsored No. 33 Mercedes-AMG GT3 for Riley Motorsports.  He was originally entered at VIR and got on-track during the first practice session there.  However, Keating pulled himself out of the car for the rest of the weekend as Hurricane Harvey was baring down on his businesses.  Trent Hindman did well to bring the No. 33 Mercedes home third in class alongside Jeroen Bleekemolen.