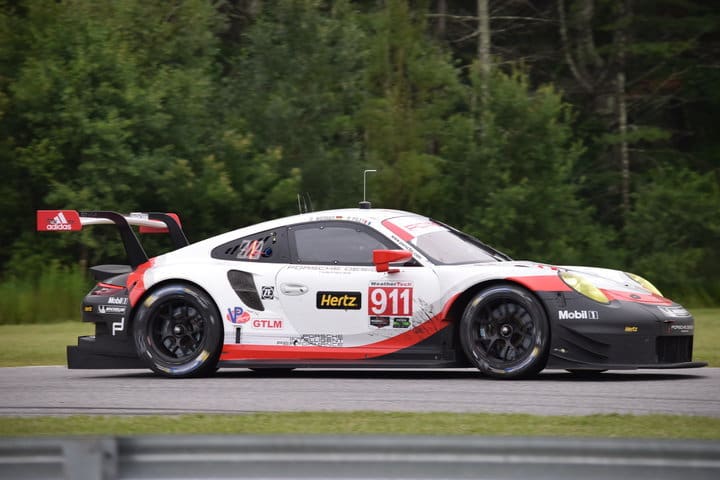 On Wednesday morning, IMSA announced that France-based Michelin will become the sanctioning body’s official tire at the beginning of 2019, replacing Continental Tire.  As a result of the deal, teams running in the WeatherTech SportsCar Championship’s Prototype and GT Daytona classes will be required to run Michelin rubber.  Teams in the GT Le Mans class will still have free choice of tire manufacturers.  However, all the GT Le Mans teams at present run Michelin tires.

IMSA President Scott Atherton is very excited about the move.

“The significance of this expanded partnership with Michelin, one of the world’s most recognized premium brands, cannot be overstated,” Atherton stated.  “IMSA has enjoyed a long and successful relationship with Michelin, and we are proud to confirm this long-term agreement. Our expanded partnership with Michelin – which also enjoys strong relationships with many of our participating automotive manufacturers – will be a catalyst for accelerating the growth of the WeatherTech [SportsCar] Championship and IMSA as a whole.”

In regards to outgoing tire partner Continental Tire, Atherton had nothing but great things to say about them.

“We are extremely grateful for the role Continental Tire played in helping to grow our racing platforms throughout our partnership dating back to 2010,” Atherton continued.  “Continental has been an outstanding partner and was instrumental in elevating the status of the WeatherTech [SportsCar] Championship and Continental Tire [SportsCar] Challenge to new heights. We extend heartfelt appreciation to our friends at Continental for their unwavering support.”

Michelin is very pleased to expand their racing footprint in North America.

“We are tremendously pleased by today’s announcement,” said Scott Clark, executive vice president and chief operating officer of Michelin North America.  “The continued growth and success of the WeatherTech Championship and IMSA’s related series provides a great platform for us to engage performance enthusiasts and showcase our MICHELIN® Pilot®Sport family of ultra-high performance tires.

“Michelin does not enter into long-term collaborations lightly or solely for our own benefit,” Clark continued.  “We are committed to IMSA, the competitors and fans to help continue the growth and success of the series on and off the track. This is a tremendous opportunity to work together to grow the sport. We are enthusiastic and eager to make our MICHELIN tires available to the entire field beginning in 2019.”

In addition to the expanded usage of Michelin tires in the WeatherTech SportsCar Championship, Michelin will take over from Tequila Patron as title sponsor of the North American Endurance Cup as well.  Finally, Michelin will replace Continental Tire as title sponsor of the SportsCar Challenge in 2019.  It is truly a massive commitment from the French tire manufacturer to IMSA.

Continental Tire will remain with IMSA through the end of 2018.  However, they’re a little bit sore about Wednesday’s news.

“We worked diligently to continue our support of IMSA, and the growth of the sport, and are disappointed in IMSA‘s decision to go a different direction,” said Travis Roffler, director of marketing for Continental Tire Americas. “We remain committed to making the 2018 IMSA season a fantastic year for the fans, drivers, and all the teams.”

Continental Tire indicated in their press release that they were very happy with their current relationship and submitted a proposal for a contract extension with “a significant increase in investment.”  What that would have looked like remains unclear.  Based on the release, it appears that IMSA made the decision to not renew their relationship with Continental Tire.

For 2018, nothing will change.  Continental Tire will still serve as title sponsor of the Continental Tire SportsCar Challenge and supply tires to IMSA events.  Michelin will have a level of presence at the track commensurate with demand in the GT Le Mans class.