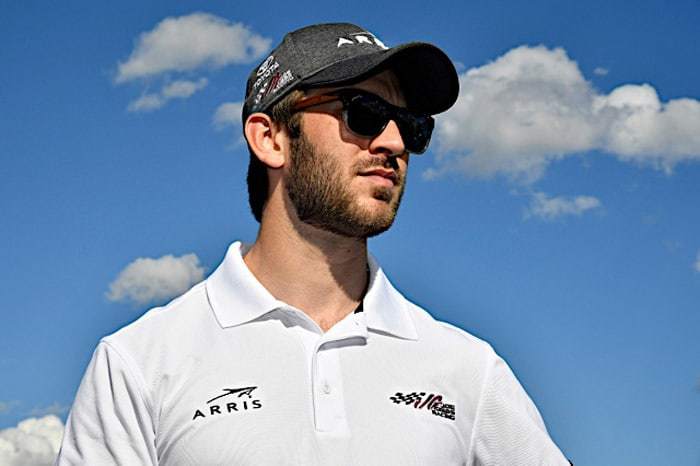 DraftKings’ daily fantasy NASCAR heads to New Hampshire Motor Speedway this weekend for the ISM Connect 300. This is the second race of the Monster Energy Series playoffs. The green flag flies Sunday afternoon at 2 p.m. ET on NBCSN.

The DraftKings strategy for short tracks is much different than other types of ovals. A smaller track means more laps, which means that you want to find drivers who will run up front and lead. Unless there is a great value play for someone starting towards the back, it is crucial to pinpoint drivers starting towards the front. Track position is also key.

Kyle will start on the front row after winning his second consecutive Coors Light Pole Award Friday evening. He was second fastest in opening practice earlier that morning, 0.077 seconds behind Kyle Larson. In Saturday’s final practice, he was eighth quickest, but fourth in 10 consecutive lap average.

Busch has two career wins at New Hampshire, most recently in 2015. In that race, Kyle started fourth and led 95 laps. He also recorded 41 fastest laps. He has led 326 laps over the the past five Loudon races. He has 13 top-10 finishes in 25 starts here, seven in the past nine races. He also has an average finish of 8.3 in that span.

Kyle is phenomenal when he makes the trip to New England and is the number one dominator candidate for this race.

Suarez is much faster than his qualifying position would indicate. He was 12th fastest in opening practice, 13 positions better than where he will start on Sunday. He paced most of the field in final practice, laying down the sixth best time and is a part of a Joe Gibbs racing Toyota stable that has found its groove the second half of the season.

Suarez finished sixth after starting 14th in his first appearance at New Hampshire in July which tied a career high set at Dover a few weeks prior. Since then, he has added four more top-10 finishes to his resume, including a third at Watkins Glen.

Suarez has become a consistent top-15 driver throughout this season. He has five straight top-15s at short tracks this year, and another solid finish is on the horizon again this weekend. 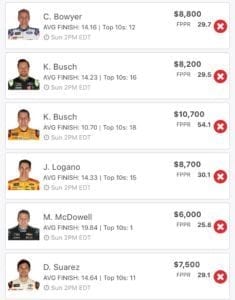