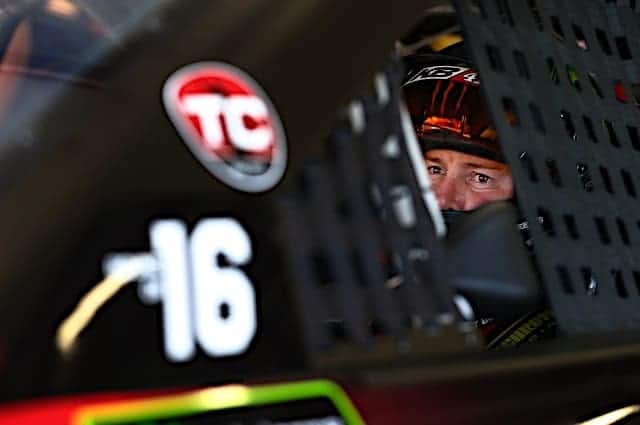 Coming to the checkered flag (lap 150) of Stage 2 in Sunday’s ISM Connect 300 at New Hampshire Motor Speedway, the playoffs took a turn for the worse for a pair of Stewart-Haas Racing teammates.

Coming out of Turn 2, Austin Dillon turned Kevin Harvick for 14th position, causing a fiasco of smoke, blurring the vision of the rest of the field. Kurt Busch attempted to slow down, but didn’t realize that the No. 4 car was sitting in the middle of the track. The teammates collided, ending both of their days.

“The spotter said spin off [Turn] 2, and when I came up through there was smoke,” Busch said of the crash. “Spotter said car low, and a lot of times they will come up high, and sure enough. I was just trying to leave myself room high and low, slowing down as best I could on the old tires and as soon as I’m through the smoke, boom [No.] 4 car is right there. That’s the worst luck I’ve ever found in my whole life.

Busch came into New Hampshire tied with Dillon for the final playoff position. With the DNF, Busch is assured to finish 37th, costing the No. 41 team valuable points. The pressure is on heading into Dover International Raceway, the cutoff race to the opening round of the playoffs.

The defending winner of this event, Harvick, will end the day in 36th. It’s the first time the 2014 series champion will not finish a race at New Hampshire in 34 career starts.

“I know as I got sideways there I tried to get thing whoa’d down and pointed in the right direction and it snapped back the other way,” Harvick said of the incident. ” I tried to lock it down and it was too far up across the race track.  I knew I was probably worse off at that particular point, so once it turned back right and I was in trouble I should have just tried to keep it left, but I couldn’t really tell where I was with all the smoke and everything that was happening, but just got hit from behind and spun out.”

Martin Truex Jr. was a half-lap away from his 20th stage victory of the season before Jeffrey Earnhardt turned him into the incident. Danica Patrick, Denny Hamlin and Dale Earnhardt Jr. also received damage.