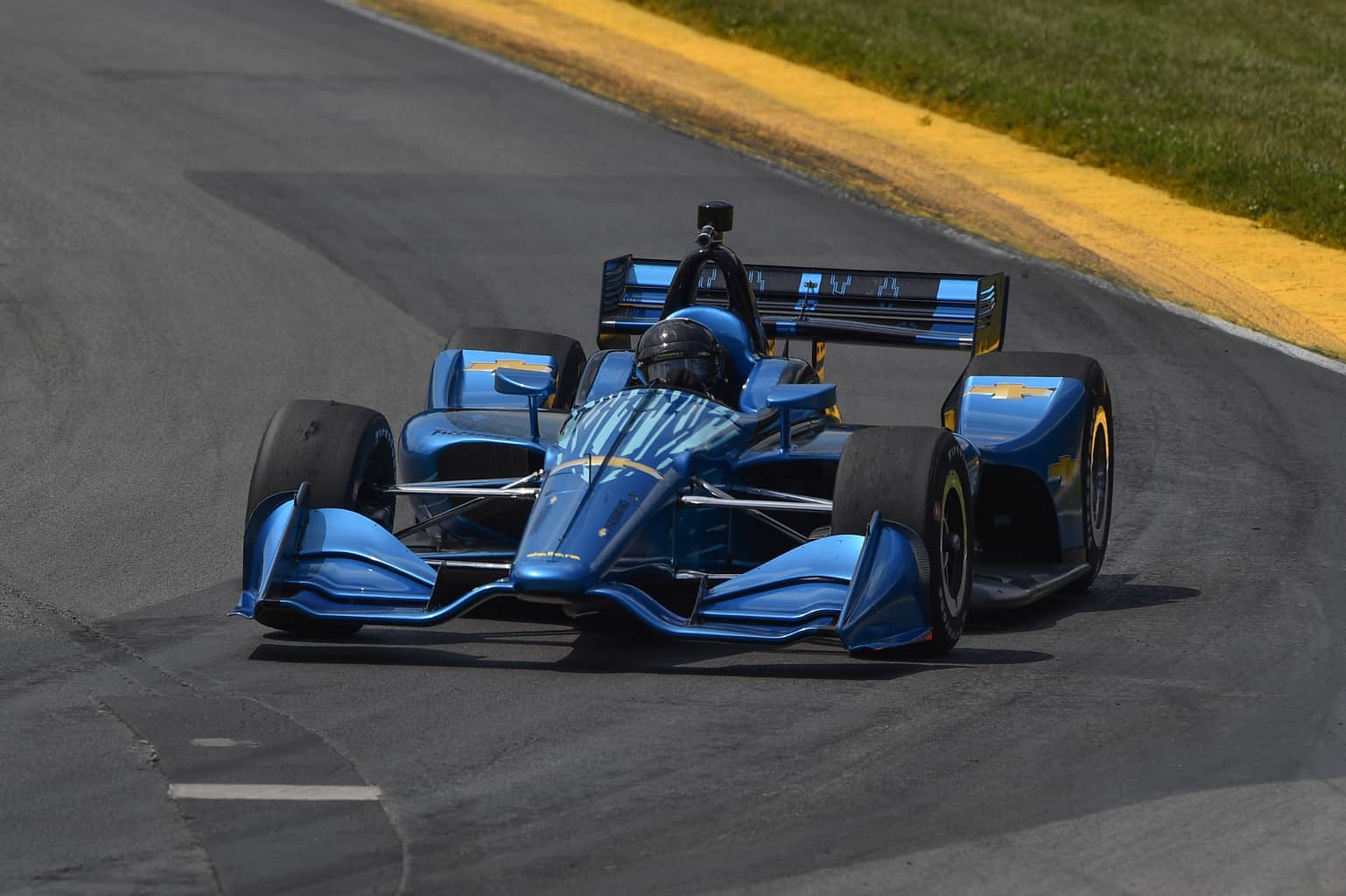 The road-course aerokit was tested by Montoya and Servia at Mid-Ohio Sports Car Course at the beginning of August, while this final 2017 test was conducted to recreate street conditions, focusing particularly on brake performance. A further oval test was conducted at Iowa Speedway on Aug. 10.

The new kit, developed by chassis supplier Dallara, provides less downforce than the previous generation and contains new electronics. All competitors will use it next season, ending three years of aerokit competition between Honda and Chevrolet.

“We learned a ton today – the most I’ve learned in a test for quite some time, just because it is so drastically different,” four -time champion Dixon said. “It was kind of what I expected with less grip. I think we need to work together with Firestone to find a tire that’s better suited. They did bring an option, which seemed to be somewhat in the right direction.”

“This is about INDYCAR, Honda and Chevrolet,” added Servia. “It’s more of a checklist to see that everything works and that the changes they saw in the wind tunnel actually also happen here. It’s not about, ‘The car is loose, what do we do to fix it?’ No. That’s not what they’re interested in right now, which in all fairness is the way it should be. The other teams don’t have their cars yet to work on them.”

Teams will receive the kits in the fall to test them in January 2018.

2015 Indy Lights champion Pigot, who will drive an Ed Carpenter Racing Chevrolet in 2018, said: “I’ve been reading what Juan and Oriol have been saying about it, and they’re right – it’s more (reliant on driver input) in the cockpit now.” I enjoy that. It’s a new challenge. Before, we had a lot of downforce and it was pretty stuck, pretty planted.

“We still have plenty of downforce, but not quite as much. You definitely have to take a different approach and not rely so much on all of that downforce.”

Watching the test was St. Petersburg local Sebastien Bourdais, while Newgarden waited for Montoya to test the Team Penske Chevrolet before jumping in himself.