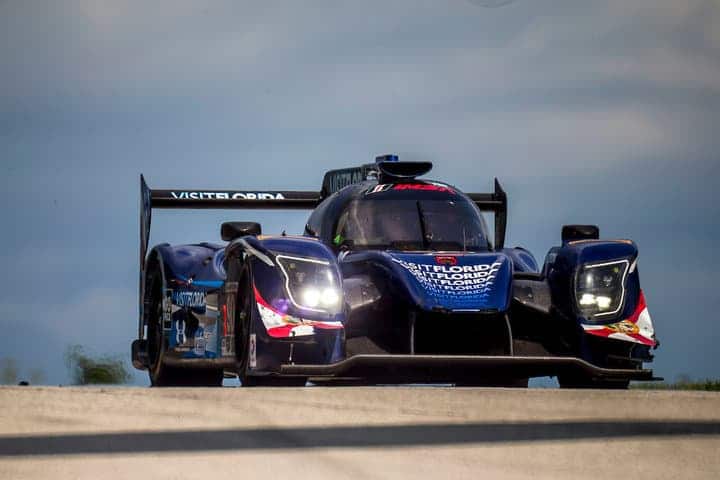 On Wednesday afternoon, Visit Florida Racing announced that Jonathan Bomarito will join the team for next week’s Motul Petit Le Mans.  Bomarito is still tied to Mazda, but the RT24-Ps have been parked for the year as development of both the DPi and the underlying Riley Mk. 30 continues.

Bomarito is quite excited for the opportunity to race Visit Florida Racing’s Ligier JS P217-Gibson at Road Atlanta.

“I am really looking forward to the opportunity to work with VISIT FLORIDA Racing,” Bomarito stated in a press release.  “I have known Troy (Flis) for a while now and he has a great program. I have worked alongside Marc (Goossens) in the past and I know Renger (van der Zande) pretty well, so I think it will be a good fit. I just want to do a solid job as a third driver and make the transition as seamless as possible for the team. I am also thankful to Mazda for agreeing to let me compete at one of my favorite venues of the year!”

Bomarito will be racing in place of regular endurance driver René Rast, who has been busy recently testing with Mazda Team Joest along with Bomarito.  However, Rast is also full-time in the Deutsche Tourenwagen Masters.  While they are not racing the weekend of Motul Petit Le Mans, their season wraps up at the Hockenheimring a week afterwards.  Rast, who is currently second in DTM points, has decided to focus on the upcoming championship showdown.

Prior to the Mazda program being parked for the season, Bomarito had two third-place finishes (Long Beach and Watkins Glen) in the No. 55 Mazda RT24-P that he shared with Tristan Nunez.  Despite really liking the hilly configuration of Road Atlanta, Bomarito hasn’t had much success there.  In five previous starts, he’s only finished twice.  His best finish is a fifth in the GT class in 2013 when the race was part of the American Le Mans Series.