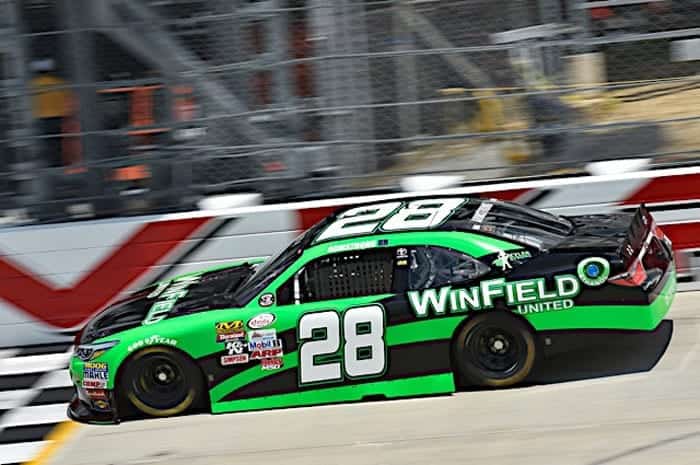 Another week, another driver out of the XFINITY Series due to a lack of funding. When’s enough, enough?

First, it was Darrell Wallace Jr. at Roush Fenway Racing, now Dakoda Armstrong is out of a ride at JGL Racing. Arguably, two of the top 15 names in the series heading into the 2017 season are no longer competing in the top preliminary division in NASCAR. What a shame.

Ironically enough, the XFINITY Series heads back to Dover International Speedway this weekend, the site which could have turned Wallace’s season around. He entered the Monster Mile in June fourth in the championship standings with six, sixth-place finishes, but the driver of the No. 6 knew he only had sponsorship secure through the first six events.

After a hot start, Leidos signed on for an additional race, with Mello Yello coming on at Richmond Raceway in April. Globe Life partnered with Wallace for a pair of races, as did Disney Pixar, with an associate sponsor from Globe Life, and it looked good at Dover. He was in position to win the race, triumphant in Stage 2, while leading seven laps.

Meanwhile, Wallace restarted 15th for the final stage and failed to fight back through traffic, finishing eighth. Good effort, right? Yes, but I’ve never seen a driver look so dejected following an event than the Alabama native did that day. Cheer up, Bubba.

Ultimately, he knew the best way of securing sponsorship is winning. Though Jeremy Clements won at Road America and said three weeks ago at Richmond that no sponsor has yet reached out to him. So maybe, even had Wallace won, he wouldn’t have secured sponsorship to complete the full 2017 season. However, he may have been able to garner enough to get through Pocono Raceway, which ended up being his last race in the series until Chicagoland Speedway earlier this month.

On Monday it was announced that Armstrong was relieved of his duties at JGL Racing due to a lack of sponsorship payments. He was the first driver to miss the playoffs this season, and had Clements not won on the road course, the 26-year-old would be a part of the postseason.

“We really hate that it has come to this,” James Whitener, owner of JGL Racing, said in a statement released Monday. “However, this business is driven by sponsorship and when payments aren’t made, then we cannot continue to race out of our own pocket.”

Bummed to not be running the rest of the year but I just want to thank everyone at @JGLRacing for their hard work all season.

I also want to thank @WinFieldUnited for all their support this year. We wanted a full year but had a different sponsor drop out last minute

Armstrong was in the midst of his best-career season in the XFINITY Series. The No. 28 car finished among the top five in back-to-back races at Iowa Speedway and Daytona International Speedway over the summer. That’s more than he had in his previous 119 starts combined.

While Wallace was able to fill in for Aric Almirola as the Cup driver healed from his back injury, and he picked up a victory in the Camping World Truck Series at Michigan International Speedway in August, it’s unlikely Armstrong will have the same opportunities. With only eight race weekends remaining (six in the XFINITY and Truck series), there is not much time to put a deal together, but there is always next season.

Wallace is expected to land in the famed No. 43 Cup Series car next season, sponsor-dependent. That’s something no driver likes to hear: sponsor-dependent, just weeks after Smithfield announced it was leaving Richard Petty Motorsports proceeding the 2017 season.

Unfortunately, that’s how the NASCAR world works these days. While talking to Brett Moffitt last weekend at New Hampshire Motor Speedway, he put it very bluntly, as he has his own sponsorship woes.

“In any other sport you can’t buy yourself in,” Moffitt told Frontstretch. “If you want to look at it that way, it’s real humbling, real quick. I don’t care how much money you have, you’re not going to go replace Tom Brady. Where here, that’s not the case. It makes it frustrating for a driver, but it’s the card we’ve been dealt and the game we’ve got to play. We’ve got to try and succeed at it.”

Simply put, money runs the NASCAR world. However, it seems to be getting worse and more marquee drivers are getting left without an opportunity to perform. Look at the Cup Series. Both Matt Kenseth and Danica Patrick are in a similar situation heading into 2018; they need sponsors to race.

When looking at a team like JGL Racing, which has had an up-and-down existence since entering the sport full-time in 2014, it’s hard to tell it’s future. They will rotate Corey LaJoie and Dylan Lupton in the team’s No. 24 car for the remainder of the season, but does the No. 28 shut down entirely following 2017?

In all honesty, I would have thought Jack Roush would have done everything in his power to keep the No. 6 car on track, and maybe he did, but that car was the championship car in 2011 and 2012 with Ricky Stenhouse Jr. It has a ton of history, and the number is special to the long-time car owner.

That just shows money is the common denominator in all these cases, and that’s not changing in the near future.

Remember that each car, particularly in the multi car teams, is a profit center. Its there now so much to race, although that is indeed the cherry on the sundae, but to make money. When the p/l goes negative bad things happen. Thats the reality of nascar, most particularly the bottom two tiers.

Yeah, corporate exhibitionist-driven multi-car conglomerates in the under-card categories are mostly to blame for sucking valuable sponsors, finishing position purses & accolades away from these little teams & young drivers. What little integrity the CWT & NXS series has that is not affected by these corporate exhibitionist is decimated by mock-ish gimmickry of “chases” & pee break “stages”. “Chases” mean the category no longer has an integral championship, & “stages” mean the category no longer has integral RACES, just motor-exhibitions, where motor-sports formerly resided. As stated elsewhere, of a sports body does not have sports integrity, it has NADA, & the fun part is, Nascar has done this to itself.
It’s a wonder the CWT is still running. The day Nascar announced the CWT “caution clock” I red flagged the entire series, & I am unsure what is keeping it afloat at this point. And given “chases”, & now “stages”, the NXS & CUP ain’t much better off.

Yes Bubba won Michigan, but the truck failed post race inspection. To me that is cheating to win and it shouldn’t count as a win.