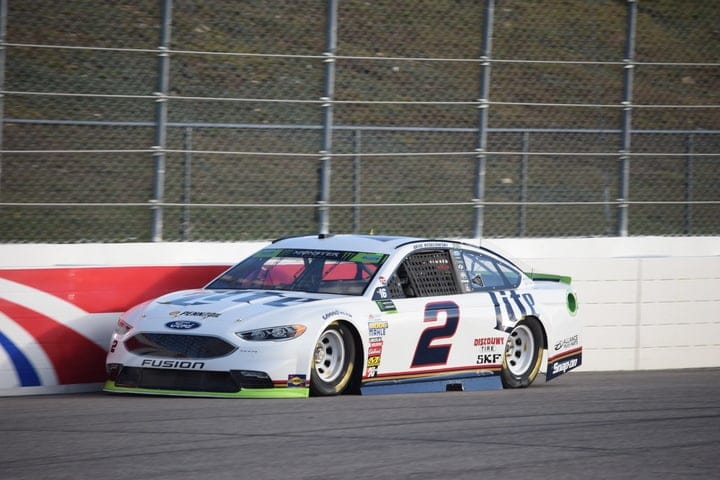 Recent events have been focusing on the flag and notions of protest and reactions have ranged from right to left, from sane and logical to outlandish and misguided. Wherever your thought process may rest, that’s your call. But this column is calling BS on the ‘stick to sports’ rhetoric and the notions that sport and politics don’t mix. They’ve always mixed.

Much of what these athletes were trying to bring attention to, using sport as a stage, hasn’t changed all that much.

The list goes on and on.  These are notable moments but sport doesn’t happen in a vacuum and there are smaller gestures all along the way. The politics of the time influence how sports and athletes react, but to deny they are intimately entwined is to profess ignorance or to plant one’s head firmly in the sand. There are likely times when you haven’t noticed the politics in play, much because they might align, but leaving them from the discussion enables lost messages, bifurcated politics, and a wanton disregard.

Happiness Is… Playoffs.  The playoffs/Chase concept has been a debatable format since it was implemented in 2004, with the notions of increased pressure and end of the season drama being balanced against whether a 10-race schema is the real way to determine a champion.  Again, wherever your preference may rest, that’s cool, especially if you’re still watching. Fans that are still paying attention, even through hate-watching, bring a critical lens that should be noted.  But let’s look at how things have played out thus far.

The intention of the playoffs was to increase intensity, and well, it’d be difficult to argue that has been the case through the first two races of this year’s iteration.  Instead, the results have looked just like the second half of the 2017, with Toyota cruising.  It’s possible that Martin Truex Jr. or Kyle Busch is reading existential French modern poetry as they calmly make their ways around.

But it’s cut-off time with the upcoming race at Dover and it’s time to finally see some kind of desperate move or silliness happen.  The season has felt tame but there’s certainly pressure now for drivers in the last six positions in the playoffs.  This kind of stuff is exactly what followers were sold, and it happens too rarely, but Dover should be the theater for something to finally kick up a notch.

Happiness Is… Kes.  Brad Keselowski broke ranks first, unable to keep his opinion out of public sphere.  And guess what?

My reps want me to stay out of this, I CAN’T

2 all my friends & supporters, I support your civil rights ?%

Well, his position isn’t really all that surprising.  But surely no one really thought it would be any different than he stated, as he positioned himself to show a love of country above all else (exemplified by he who celebrates waving a flag from the car).  There’s nothing wrong with that.  In fact, that’s what one would hope people would do.

That Keseloski’s stance falls in line with that of the vocal owners and the weak statement put out by NASCAR this week really isn’t a big shocker.

The big thing that’s going on here is that the debate on the kneel/flag issue has gotten so conflated that the messages that are being spun surrounding the it go in so many circles that it’s difficult to know what any one person or group is actually making a statement about.  It seems the original message has gotten lost along the way.

One quick note, however.  If one perspective is to show respect for the flag, it should be noted that there’s specific rules that govern its usage, so maybe Kes should be aware that: When the flag is displayed on a motorcar, the staff shall be fixed firmly to the chassis or clamped to the right fender.  But freedoms allow for all kinds of behaviour – thanks for reminding us all.

Happiness Is… Malaysia.  The Singapore Grand Prix could not have gone more wonderfully for Lewis Hamilton.  After starting fifth, he found himself in the lead after the third turn and thereafter cruised to a win.  In conjunction, his biggest rival in the championship, Sebastian Vettel, recorded a DNF.  The results allowed Hamilton to extend the lead to 28 points, a rather decent lead.

The series resumes in Malaysia this weekend for what will be the final race at Sepang International for a while.  The government dropped its backing of the event and no one has stepped in to cover it.  The track should enjoy an enjoyable sendoff and whether it’s a favorite track or not, the people working the grounds and behind the scenes should be lauded for this last race.

Thanks for reminding us of the impact politics and sport have on each other. As to the latest dustup regarding the kneeling, it reminds me of the recent Subway/JGR issue. The reaction of people had nothing to do with the facts, it was strictly people perception of good guys/bad guys. But then again isn’t it always?

Very keen points! I am always quick to remind myself, to increase voluntary enlistment & commission tallies, it is the Dept of Defense that injects itself in to our pro-sports. So, 45’s assertion that ESPN (or any MSM sports outlet, or any sporting bodies, or participants themselves…) should neuter itself of politics yet one more of an innumerable affront of petulantly comically absurdities.
Mind you, this is a guy who insults on outle sports outlet for going political, but applauds another’s political stance! You can’t have it both ways Mr. President!
And mind you, this is a guy who collect millions of tax payers dollars every time he & his entourage stays at one of his properties. Not to mention HHS Price who threw over a million tax payer USD’s straight down a crapper chartering private jets, in ONLY the first 8 month of his appointment. Yeah! Facts! So, CLEARLY, the Trumptainic crew is about the LAST group in the World anyone should take advice regarding Ethics & Morals from.
Rule #1 in a world of the alt-right fake-news: ALWAYS CONSIDER THE SOURCE FIRST!

Yeah huh? I wish I could delete that! I was rushing so as NOT to burn my pizza, hehehe! Soooo many type-o’s! Apologies, but now that I’m done dinner, here’s take II, lol…
Yeah! I am always quick to remind myself, to increase voluntary enlistment & commission tallies, it is none other than the Department of Defense itself that serves as the primary politicize-er of American pro-sports events, via their multi-million dollar advertising campaigns, their sponsorship of color guards, various special flag displays, various fly overs, & any number of other methods. And the fun part is, who ultimately authorizes DOD spending, if not the President himself? So, 45’s assertion that ESPN (or any MSM sports outlet, or any sporting bodies, or participants themselves…) should neuter themselves of politics views or commentary is yet one more in an innumerable string of counter-intuitive, hypocritical & offensively petulant & comical absurdities emitting from the WH.
Mind you, this is a guy who insults one sport for going political [NFL], yet applauds another [Nascar]! You can’t have it both ways Mr. President! Mind you, this is a guy who deposits millions of tax payers dollars into his private bank account, above & beyond his 6 digit federal salary, every time he & his entourage stays at one of his properties. Which, by the way, is exactly where he & his entourage woke up the morning he first twit-bombed the NFL protests, the day after his Alabama rally commentary, where originally decided to join the NFL player’s protest fray. Not to mention HHS Secretary Price, who threw over a million tax payer USD’s straight down a crapper by chartering multiple private jets in ONLY the first 8 month of his appointment. Yeah! These are facts kidz! So, CLEARLY, the forked-tongued Trumptanic crew are about the LAST group in the World anyone should resort to for Moral or Ethical, let along salient or cohesive advice.
In the world of alt-right Russian-troll-farm fake-news, rule #1: ALWAYS CONSIDER THE SOURCE!

I wouldn’t take ethical or moral advice from Obama or Clintons either. I support the people who are against the people who want to do me harm. Just a basic survival view for blue collar citizens. Why would I support a president who condones killing cops and burning down a town. Or leaving our foreign government officials without help to die.

Oh! …& one last thing I forget to mention, I am VERY fond of the “Flag Code” plug. I really appreciate reading that from someone other than ME! Ha! For years I have been offering a link to the “Flag Code” every time I see peeps prop themselves up beside an inappropriate display, & rest assured, the fore mention SuperBrad has not escape my wrath.
Again, “isn’t it ironic”… that the most brash departures from the code are in fact sanctioned by the DOD itself? Yeah, huh! When they have solders or LEO’s stretch out those huge flags horizontally over the grass in the tri-oval, that’s the DOD subverting it’s own code. And the skydivers with the flag draped on their ankle…. same thing, & typically a para-trooping Vet whose pseudo-inappropriate display is actually DOD sponsored. And this season, when Nascar had the race cars follow the pace car thru the pits during a military “salute the troops” warm-up lap for the All-Star event, while pit road was line by troops that were saluting the race cars, as opposed to a military officer, or the flag… is actually the DOD permitting it’s military code of conduct to be redefined to create a dramatic market event.
Good, bad or indifferent, since the DOD ultimately codifies these things, who am I to judge? As a USAF Desert Storm Vet, I respect the DOD’s right to define themselves & their icons, but I reserve the right to politely point out the code & remind pseudo-patriotic private citizens the error of their flag displays. I appreciate the intent & typically am not the lest bit offended by most inappropriate displays. I look at it as an opportunity to talk about the code & educate & enlighten fellow Americans about the code, most of whom have no earthly idea about it. Most seem to think it starts & ends with: don’t let the flag touch the ground, or OMG, it MUST be BURNED! The latter is true…. only in that it is pure unadulterated urban legend! It is NEVER appropriate to burn a USA flag. Tattered, soiled or defiled flags are simply & honorably retired, then dedicated & donated as a keepsake, or discarded in an honorable fashion.
Here’s the fun part! Many of the red, white & blue blooded peeps who say or think it is un-American to kneel during the Anthem are probably the same sorts of of peeps guilty of sporting one or more wildly un-American flag displays every day. Be it a flag in the bed or a sticker in the cab window of their pick-up, flag boxer shorts or flag wife-beaaa, …um, tank top. Yeah, “that guy” is very funny! Please don’t be that guy…